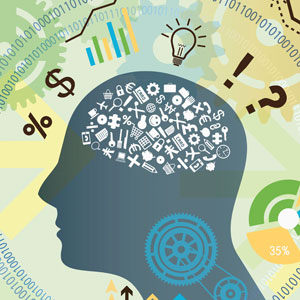 The story of Hang Mioku, a fifty year old Korean former model who had injected cooking oil into her face, has been wide-spread over the years. She was deemed a plastic surgery addict at age 26, and the unfortunate cooking oil incident had left her severely disfigured. Television viewers knowing her plight, sent their donations to help her, but there was only so much that the doctors could do.

The debacle serves as a reminder to many that it is better to know your limitations, as well as the limitations of plastic surgery.

Risking it with a Relatively New Fad

On the other hand, underestimating the ability of modern day technology can also bring about dire consequences, as seen in the unfortunate case of the 23-year old college student who had committed suicide after undergoing double-jaw surgery in Korea. It was said that the procedure had left her unable to chew food, as well as having suffered nerve damage that left her crying uncontrollably.

In 2010, Seoul’s consumer protection agency had received a total of 89 complaints. Perhaps, even many more cases of post-operative problems have been left unreported. The thing is, double jaw surgery fad is a relatively new kind of facial contouring surgery; as said by a doctor who declined to be identified: “If we are seeing more complications, that’s largely because the sheer number of people getting the surgery has increased rapidly in such a short period of time.”

As it got popular, the procedure became more affordable for many. That sounds like great news, but as with new fads, there comes with an even greater risk. If a procedure is relatively new, the question to ask is: how many surgeons have been properly trained for this? It’s advisable to seek out only reputable sources to ensure best practices.

Cheap comes at a Price

That aside, extreme plastic surgery in Korea, as well as in other countries in Asia is still happening. A trend that is going on right now with Asian teenagers and elementary-aged school children is a Korean plastic surgery nightmare: The ‘Do-It-Yourself’ alternative, except that it is not a very wise alternative! If you haven't heard, this 'alternative' is popular with those who do not want to spend the money on Korean eye surgery and many other procedures, and are choosing to buy these inexpensive gadgets.

While these gadgets promise face-altering results, there is no scientific evidence or data to back up its claims. Still, people are buying these things, using them and in extreme cases, only to hurt themselves. Ironically, they then find themselves back at clinics, seeking treatment. When it comes to cosmetic surgery, cheap does come at a price.