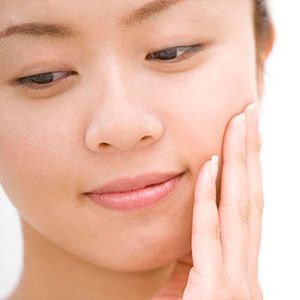 Lately, there has been a growing interest in plastic surgery in Korea- both in Asia and beyond. There have arisen quite a few misconceptions revolving around the topic of Asian surgery. This is made even more so by the western media who also perpetuate these myths.

Myth #1: “Asians want to look white, like us, Westerners.”
Truth: This could be true but is definitely NOT the absolute, one and only truth. People who undergo Asian plastic surgery want to simply change their physical looks – it is as simple as that. Okay, let us look at the famous topic of the Korean Big Eye Surgery Boom: Do Asians really want to look Caucasian?

Myth #2: “It’s because of K-POP and Korean entertainment - that is the reason for their obsession with plastic surgery!”
Truth: There is a make-over show called “Let Me In” that transforms those so-called unattractive looking individuals into what is dubbed a beautiful swan. That is correct. But! Look at American television, “Extreme Makeover” anyone? What about “10 Years Younger” in British television? South Korea is not the only country that broadcasts such shows. As for Korean celebrities, yes, some of them have even admitted to getting surgery done. Let us not forget that an abundance of American celebrities also have done the same thing!

Myth #3: “Double Jaw Surgery sounds nasty, who does that? That is such an unhealthy body ideal!”
Truth: Ok, what gives? Since we are talking about “unhealthy body ideals”, while we are on the subject… why not criticize the body weight of Asian women? There is this age-old belief that east-Asian women are mostly skinny anyway. The fact is that bulimia nervosa often caused by chasing after an “ideal” weight is equally unhealthy. Some people in western countries chase after an “ideal” weight – that can be said to be unhealthy! If it goes below the healthy BMI range, well, that might put a damper on your health. That said, double jaw surgery can be an unhealthy pursuit - like everything else, if obsessed about. Say, if someone has gotten double jaw surgery for the fifth time and the surgery has screwed up time and time again – that is an unhealthy mindset. Remember kids, only look for board-certified plastic surgeons. If you pay for cheap but dubious surgery, you get what you pay for!