3 Ways of Transforming the Asian Nose 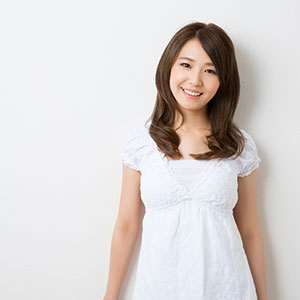 Despite the immense popularity of South Korea’s cosmetic surgery, it is still frowned upon in some countries and spoke about in hushed tones. Even in South Korea, it’s not something celebrities want to associate their image with, as evident in the recent case where famed actor Kim Soo-hyun slams a plastic surgery rumor. Take American Koreans for example, where plastic surgery is on the rise amongst them. According to The American Academy of Facial Plastic and Reconstructive Surgery, 44% of American Koreans have gotten plastic surgery, specifically blepharoplasty in Korea – the procedure done to create a double eyelid, wholly transforming the oriental eye.

One of the most popular requests apart from creating a double eyelid, would be reshaping the Asian nose. The popularity of Korean nose plastic surgery is also seen in the latest plastic surgery statistics.
Here are three ways that this can be done:

This is simply done by injecting an approved dermal filler into the nose, under expert hands with their nifty nose reshaping techniques. This is an inexpensive option with minimal downtime.

In 15 to 20 minutes, a slit in the nostril is made before a pre-cut implant is pushed into the nose. This technique has a limitation as to the final shape of the nose. To tackle this problem, enter composite Asian rhinoplasty.

By placing an implant beneath the skin, it exerts pressure on the skin above it. Subjected to significant amounts of pressure from below, this additional pressure from the synthetic object can result in extrusion, an eruption of the implant through the tip of the nose. To avoid this, administering composite Asian rhinoplasty is one such method. How? The cartilage from one’s ear is used to shape the tip of the nose, instead of a synthetic implant. As this cartilage is part of the body, the chances of extrusion are less likely to happen, theoretically. Also, it is said to look more natural.

Whichever you choose, remember to seek out the services of a professional, board-certified and experienced surgeon.