6 Reasons Why Tourists Can’t Keep Away from Jeju Island 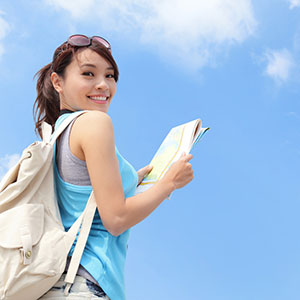 Since attracting attention from the world, Gangnam-gu has rose in global standing thanks to its infectious pop culture and the fact that South Korea was one of Asia’s poorest countries just until the 1960s. Many have travelled to Seoul for Gangnam plastic surgery, with its wide range of clinics to choose from, all huddled together in one district alone. The streets are bustling with activity. Mention Jeju Island to your Korean friends, though, and their faces may soften with affection. Simply put, Jeju Island is Korea’s Hawaii where honeymooners and travellers go to for fun, relaxation and beauty.

Hallasan is a dormant volcano and it stands proudly on Jeju island at 1,950 meters above sea level, but don’t be mistaken – it’s possible to traverse this majestic volcano within a day or two

In the past, when the men were gone for weeks on fishing boats, someone had to take their place in bringing food to the table. Since rice doesn’t grow on Jeju island, the locals ate a whole lot of something else; octopus, abalone, claims, squid and seaweed were a large part of their staples.

The breadwinners were haenyo, which means powerful seawomen.

You never would have guessed who these divers were under the mask, though. Plenty of women whom you would peck as a grandma, are renowned for their ability to dive 10-20 meters without any breathing apparatus. These are elderly women at the fine age of 65, and some are even in their 80s. That’s definitely a sight to see.

Jungmun, Emerald Bay, Gwakji, Hamdoek and Shinyang are the most popular beaches on Jeju island. These aren’t just any beaches though. Just behind Jungmun beach is a Vegas-style pool area with fake cliffs, swan-shaped pedal boats and a Dutch windmill.

Just as one would go to Seoul’s jijimbangs, Jeju island has its fair share of spa and body therapy resorts. Hanwha Therapy Resort and Jeju Waterworld are two such places that tourists frequent for a tropical rain shower or to be cocooned in a hay-crib.

Enjoy a Sunrise from a Volcanic Crater

At 182-meter high, Sunrise Peak also known as Seongsan llchulbong is a tuff cone that aws formed by hydrovolcanic eruptions about five thousand years ago. It is also a perfect spot for honeymooners and tourists alike.

Last year, there was a total of 3,000 foreign patients on the island. This is a huge increase. As it has been mentioned recently, Jeju island has been rising in popularity -- perhaps many travelers wish to experience Korea's Hawaii and all that it has to offer.