So let us go into the main topic here, who exactly are these Singaporean celebrities who had the guts to admit to surgery? These names may be familiar to many Singaporeans: they are Xia Xue, Dawn Yang, Jacqueline Koh, Michelle Quek, Peggy Heng and Qiu qiu. Compared to Singapore, there are not as many Chinese celebrities who have let the cat out of the bag, or have proudly showed off the results of their surgery. 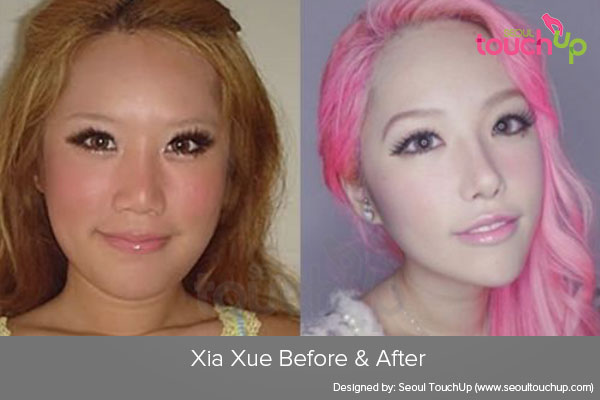 After all has been said and done about cosmetic surgery, first up, there’s Xia Xue. Stated on the FAQ section of her blog, she has done rhinoplasty, semi-permanent double eyelid surgery, fillers and botox. Does that sound a little too much? Not for her. In fact, it has been reported that Xia Xue would have more plastic surgery if not for her son. All the surgeries she has gotten has certainly fell in line with the latest cosmetic surgery trends in Asia. 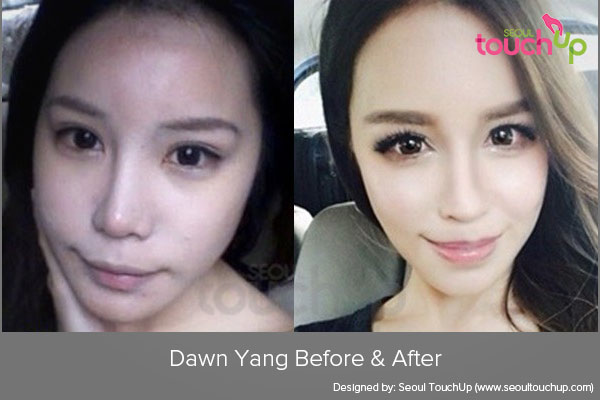 Then there’s Dawn Yang, with the Korean celebrity look going on there. Fair skin, large lidded eyes, defined and lengthy nose, and a small jawline. Notice that she also has eyebrows athat re straight and thick, the Korean styled eyebrow. Also, here, she has followed the latest cosmetic surgery trends in Asia. 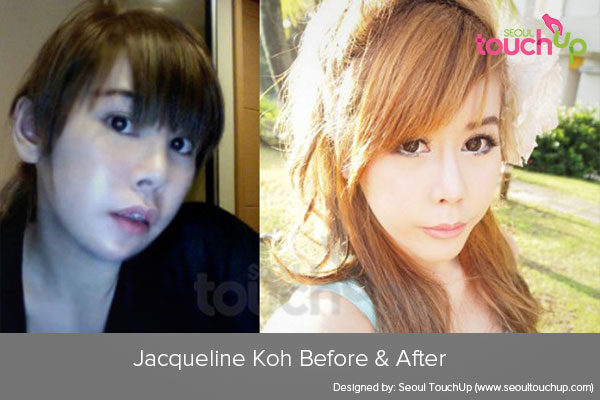 Looking at Jacqueline Koh, she also seems to have followed the Korean beauty trends with the lighter complexion and angled jawline. 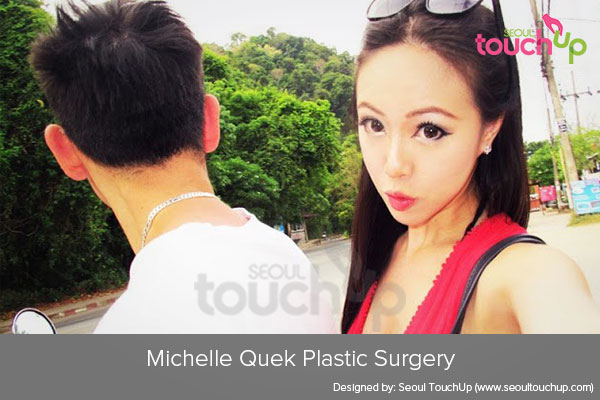 Michelle Quek is no exception; she has light complexion, large lidded eyes, straight nose with a nose tip that does not show flaring nostrils, angled jawline and a toned body. 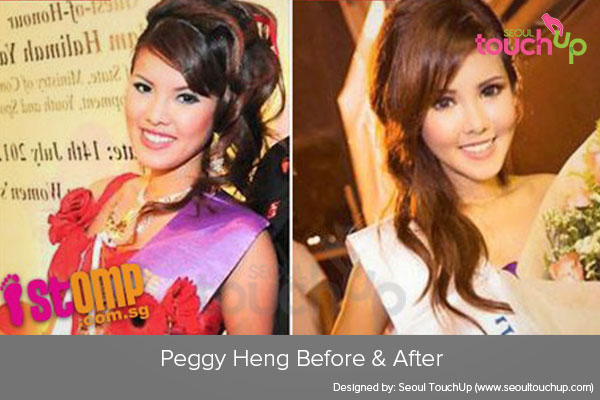 Perhaps one major thing that sets Peggy Heng apart from the others mentioned before is that she had gotten her surgery in Korea. By the looks of her before and after transformation photographs, it seems that her cheek bones are much more defined and higher, her jawline has become more angled, her nose may have been lengthened, and her eyes are bigger. 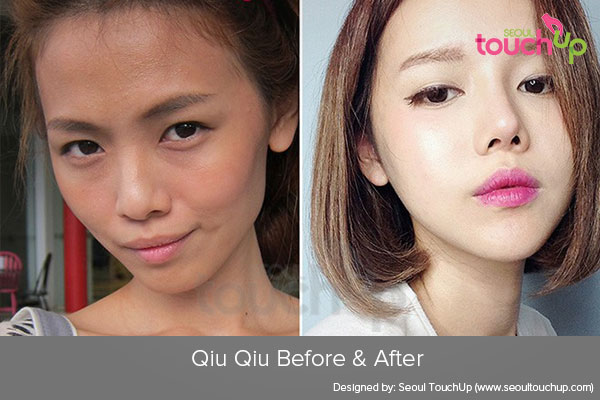 Similarly, Qiu qiu had also been sponsored to get plastic surgery in Korea, and as a result has the look of a Korean celebrity. One of the most obvious features is her lighter complexion, well-defined nose, Korean styled eyebrows and angled jawline. 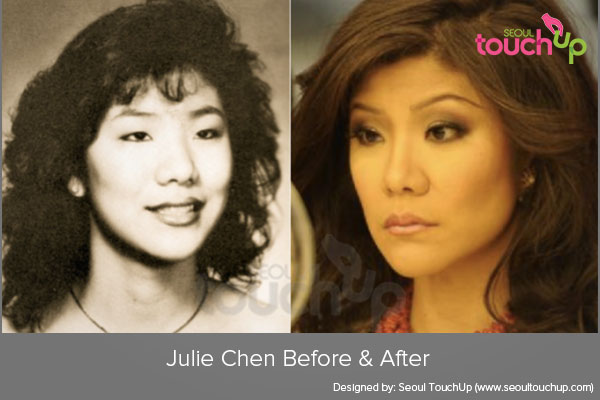 As for Chinese celebrities who let the cat out of the bag, there’s Julie Chen. Even though this 45 year old newscaster resides in America, she is nonetheless of Chinese descent. To advance her career, she had decided to get cosmetic surgery work done as well. She has admitted to double eyelid surgery, and from the looks of her past photographs compared to present day, the look of her nose has also changed. 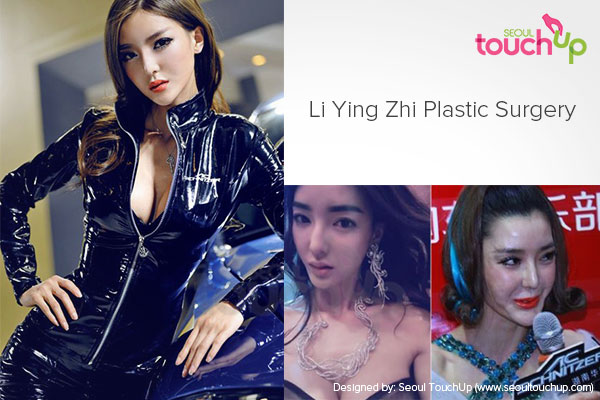 Finally, there’s a peculiar case here. It’s not all that pleasant, but it should be mentioned because there is a lesson to be learned here.  The model, Li Ying Zhi had also followed Asian cosmetic beauty trends. Unfortunately, the results of her surgery were not long-lasting. In just a couple of years, her once dainty chin became lopsided and there were visible lines on the sides of her face. Even though the results of cosmetic surgery aren’t always permanent, it should not go awry in just a few years. Now, that’s bad surgery work. None of the celebrities mentioned above have had any complaints about their surgery work. No one is sure where she had got her surgery work done, too. To avoid wary results, only seek out the best, licensed, ethical and recognized professionals in the cosmetic surgery industry, no matter where you are.

In the first part of the series, we mentioned one of the main reasons customers choose Korea is for a holiday on top of getting plastic surgery. Even though there are so many options to choose from, do not worry as there are many resources available online; there are now plenty of local bloggers in Singapore and China who have documented their experience on their online journals. This is enough to give an idea on what to expect from a particular clinic or surgeon. From there, you can easily view opinions and facts on what to expect from a particular surgery procedure to the estimated recovery time, to real before and after pictures.

For any lovely Singaporean or Chinese readers, are you looking to get these types of cosmetic surgery done, but not quite sure whereabouts to get it? South Korea is a top choice for many: it is one of the most visited countries in Asia for beauty procedures. This is due to three main reasons: The first reason is due to the affordable cost as compared to other countries, the second is due to the expertise and knowledge of surgeons in shaping the uniquely Asian body, and lastly it is attributed to the various sights, smells, sounds and experiences of Seoul.

Is it the ideal destination for you? Are you drawn to your favourite Korean idol’s face, charm and sass? Korean plastic surgery might be for you then. On top of cosmetic surgery, perhaps you’d like to experience the lifestyle and culture of a different country? If you want to experience a real life jijimbang, various food markets, COEX mall, traditional palaces and other such historical buildings or natural landscapes? A trip to Seoul might be for you then. Whichever surgeon you choose, in Korea or Japan or America, only you know what the better choice is based on your own budget, availability, health and interest. Still unsure about whether Korea is the place for you? You are not alone. Seoul TouchUp is one of the only government approved medical tourism agencies, and have been guiding customers from all over the world from their first step at the airport to the clinic’s door, to the hotel and all over Seoul.