What is Asian Double Chin Surgery 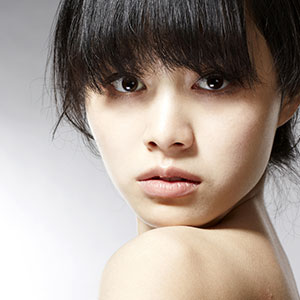 Asian double chin surgery is often undergone by people who wish to get rid of the extra fatty tissue in their chin, which makes it have a doubled appearance. People often do not like their double chin because it alters the appearance of their profile and it’s usually not very attractive in pictures either. While a double chin can often appear because of excess weight, it is also very frequent with people who are fit as well, in which it can only be removed with the help of plastic surgery.

What are the benefits of this surgery?

Once the procedure is over and the skin has healed, the patient will no longer have a double chin. Instead, their profile will have sharper angles, and their chin will be more defined instead of looking rounded. The end result also gives the faces a younger look and well defined features. Because the chin is no longer big, the lips and nose will stand out more, and the cheeks will look less chubby than they previously did.

How do you prepare for the surgery?

As with any other medical procedure, all patients must first select a doctor who they think is the most qualified for this procedure. Patients can now also ask for an online medical consultation if they have any questions, which greatly speeds up the process of finding the right doctor for the Asian double chin surgery. You will then discuss the end result with your doctor. Because you are only removing the fat tissue, you will not actually be changing the shape of your chin per say. You will, however, need to come to a conclusion on how much of the fat you want removed. It needs to be to a natural amount so that it looks natural on your face. Almost every Korean Plastic Surgery Clinic has doctors who are available to perform the Asian double chin surgery. It is not a very serious procedure, but it does take some time for the patient to fully recover.

Depending on the amount that needs to be removed, it is possible that the surgery can be completed under a local anaesthetic. However, in order to get the most accurate result, most doctors prefer to conduct this procedure under general anaesthesia. Once the operation is over, stitched will be applied to chin, and it can take up to seven days for the scars to heal enough so that the stitches can be removed. It then takes another couple of weeks for the scars to fade completely, although they shouldn’t be too big to begin with.