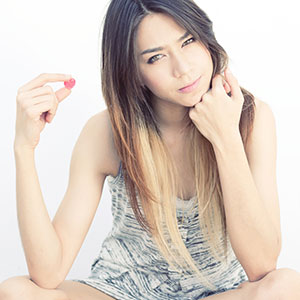 Remember the days when technology was still fairly new to the world? Kids could never get their hands on tablets (they weren’t even invented then!) and a far few even knew how to use a mobile phone. Now, it’s commonly found in every household.

Aha, and then there's the selfie. Yes, the selfie trend that even children are not shy of. Have you ever seen a parent’s facebook page with album after album of selfies, but of their child? Perhaps that is why, besides being technology-savvy, kids these days are also very interested in beauty. Most of all, we’re talking about the children in South Korea.

So, how “beauty-obsessed” is South Korea, anyway? What better way to find out than through Asian eyes?

Ask any teenager in South Korea and they will tell you that a Korean double eyelid surgery procedure is no longer even considered “surgery”; it is now merely seen as “treatment”. While surgery implies heavy consequences that could be life-threatening and dangerous, treatment is a flippant thing.

This is not to say that these beauty “treatments” are not life-threatening, because they can be. Still, this does not stop youngsters and the old alike, to be operated on. Children as young as grade-schoolers are already wanting to change how they look. Going under the knife too young will definitely have its consequences; children are still growing, developing their personality and self-esteem.

As reported by Korea Herald, a woman in her 40s had reportedly said, “We live in a time when appearances are one’s competitiveness. I cannot defy the trend.”

Also mentioned by the Korea Herald: Lee Dong-geun, a freshman majoring in piano at Seoul Arts School had said to them, “The media often misleads people’s minds and thoughts by presenting distorted views on beauty. Today, a person’s appearance is considered more important than personality and ability.”

The reason for this “beauty-obsessed” culture is quite obvious. Chiselling, nipping and tucking, gives the person a competitive edge to survive in society.

Even then, Western media claim that this “beauty-obsessed” population, South Koreans and other Asians from neighbouring countries undergo the knife to look more “White”. But how true is this sweeping statement?

The fashionable look is that of having large double-lidded eyes, fair skin, a small chin (V-shaped jawline) and well-defined nose with a bridge. Of course, there are reasons for this:

Perhaps this is the reason why Asian jaw plastic surgery is so popular! V-shaped jaw lines produce a smaller looking chin after all.

But wait, there’s more! Plastic surgery statistics show a slightly different picture: the most popular procedures are those that relate to hair and skin. These aren’t exactly “extreme” forms of plastic surgery.

Yes, it is true that there is a lot of pressure placed on South Koreans to look the best, in order to compete. But, are Asians really that “beauty-obsessed” as so many reports by the media have claimed?