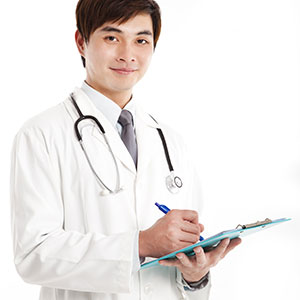 South Korea has come a long way in earning a reputation for being one of the world’s most cosmetically enhanced country.

According to plastic surgery statistics, getting rhinoplasty done in Korea is on the rise for both men and women. Looking at 2013, the AAFPRS had found a 10 percent increase in rhinoplasty procedures done in 2013 over 2012. Another study of theirs have also found that the rise of “selfies” has been a huge impact on the increase in requests for plastic surgery procedures.

Perhaps this case is not limited to America alone. Looking back to the last few decades, Seoul’s Gangnam district was one of the least developed areas. Now, it’s described as the heart of Seoul’s cosmetic surgery industry, with over hundreds of clinics packed together in this district alone.
It’s been going on for a while now: In 2007, around 38 percent of Korean male adolescents between the ages 15 to 19 had been opposed to the idea of getting plastic surgery in Korea and elsewhere in the world. They were just against the entire idea. Only 32 percent were for, and not against the idea.

This year, according to Yonhap News Agency, a recent poll that was conducted has found that half of Seoul’s teenage boys favours plastic surgery -- 49.4% to be exact. As for how many were opposed to the idea? A drop in percentage, with only 16.9% who answered, “no” instead of 2007’s recorded 38% rate of rejection. The most popularly requested of the lot includes minor skin and hair treatments, eyelid surgery and rhinoplasty, followed by more invasive facial contouring. So, it's really not just women but men who are embracing this; it even has its own terms on the internet now, with "Asian Male Rhinoplasty" or "Male Cosmetic Surgery" being a thing.

Times are changing, that’s for sure; getting plastic surgery in Asia was never really a huge thing until very recently, with more and more people becoming more tolerant of this pursuit, whereas once it was a taboo subject subjugated by the country’s conservative culture and Confucian teachings.