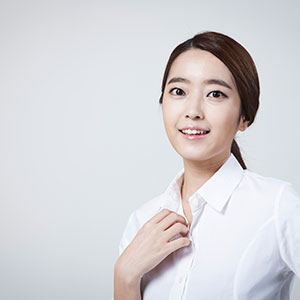 In a recent study, the potential effects of rhinoplasty on voice were studied and the results reveal a possibility that nose jobs may in fact, alter the sound of your voice! Is this good or bad news?

In 1977, the icon Barbra Streisand may have been right after all when she told Playboy Magazine that getting a nose job, would ruin her career; her deviated septum and her unique voice went hand in hand.

In Korean rhinoplasty, as in other practices in other parts of the world, the procedure involves reshaping the nose or improving its function – and a deviated septum is seen as a dysfunction that should be corrected. For Barbra though, she seems to be an exception!

The lead researcher from the study, Dr Kamran Khazaeni and his colleagues had found that the voice is likely to change from the narrowing of the nasal cavity.

“The result is what Khazaeni and his colleagues call “hyponasality” when the sound of a person’s voice is obstructed due to an adequate amount of air that is not moving through the nasal cavity, similar to a person with a stuffy nose. Twenty-two of the patients involved in this study were professional vocalists.”

If you’re someone who is thinking of getting asian nose augmentation, not to fear though:

“This observed increase in hyponasality perception demonstrates that the change in the patients’ voices is perceptible to trained listeners, but does not address whether this change is apparent in everyday life and routine conversations.”

So, this change in voice may or may not be detectable with untrained ears!

Besides, in recent years, South Korea plastic surgery statistics show that Asians are still keen on nose jobs. Countries such as China, Japan and Korea are among the top five when it comes to a high demand for rhinoplasty.

Check out rhinoplasty: a brief overview for more information on the procedure itself!