The Basics on Asian Nose Implant 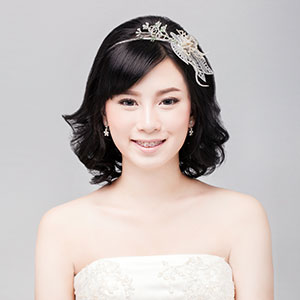 There is a difference between the strategy of nose alternations between Asian patients and Occidental noses. The purpose of an Asian nose implant is to alter the appearance of the nose slightly, and not to make it smaller, which is the case for most Occidental nose jobs. Ethnic preservation is one of the most important elements of a nose job, which is why Asian nose implants are specifically modified in shape to fit the culture that they are being used in. There are great differences in cultural responses to nose surgeries, and they all need to be psychologically understood by doctors in order for the procedure to be successful.

The Importance of Understanding the Patient’s Background

All professional rhinoplasty surgeries start by first understanding the patient, their background, and their reason for wishing to undergo nose surgery. Before any final decisions are made, the doctor will show the patient various before and after photos of their previous work, and also pictures of people who have the kind of nose that the patient wants. Of course, patients are also encouraged to bring their own pictures so that the doctor can understand what they like in other people’s noses. In return, they will be provided with advice on the end result of the operation, and whether or not it will look natural.

Solid silicone implants are the most popular option in Korean plastic surgery, because they require a simple procedure that gives immediate results, and it is also reversible at any time.

The procedure can be done under local anaesthesia and it poses very little threat to the patient, if any. The recovery from bruising will still take around two months or more, depending on the delicacy of the operation, but it is one of the surest ways for patients to reach their wanted end. There are also some new methods in Asian nose surgery procedures that use re-shaped cartilage, which is then placed inside the nose to create the required shape. This procedure has not yet had as many patients in Asia as it has in the West, but it is also a full proof way to undergo a nose surgery which requires an implant. Like the silicone implant one, this procedure is also completely reversible, and can be additionally altered again at a later time in the future if the patient wishes to do so.

Feeling Comfortable in Your Culture

Because there is a large difference between Asian nose implant procedures and those performed on Occidental noses, care must always be take to choose the correct plastic surgeon for the job. Every culture in the world has a different outlook on beauty and how people should look in order to be considered attractive. If a patient chooses a doctor who only has experience with Western cultures, the surgery will likely end in disappointment. This is because you will find it very difficult to see eye to eye on the final product of the operation. Doctors who have a clear understanding of the Asian culture will feel closer to the patient’s needs, and will likely already have a final image in their head of what the patient is asking for.