Is There A Best Asian Nose? 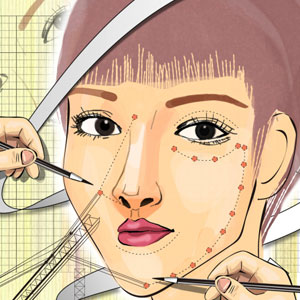 Have you ever noticed that the typical Asian nose is different to the typical Western nose; you don’t see an Asian with an aquiline nose, everyday! This is not to say that there are no Asians with longer, aquiline noses. It is just common that many Asians with shorter, snub-noses tend to undergo the knife – to have longer, straight noses. Think of it this way: Asians with shorter noses tend to want “more nose”, so as to balance out the overall facial appearance. In the case of westerners, say, someone with a Jewish nose, they might want “less nose”.

Balancing out and creating harmony in our facial appearance makes sense. However, is there such a thing as the “Best Asian Nose”? Something that is fitting for an individual’s appearance could be said to be the best possible fit. But, beyond aesthetics, why do people want to get cosmetic surgery? Could it be, gwansang?

What is gwansang? As stated by Jo Kyu-mun, professor of East Asian Philosophy at Kyonggi University, “The focus of gwansang is the face, and that is based on the philosophy that the face is the reflection of one’s inner self.”

The culture of Korean Plastic Surgery could be very much related to “gwansang”. Why do so many Asian people opt for Korean plastic surgery? Is it because they want to look Caucasian, like how some media sources say so? It may very well have much more to do with gwansang, than it has to do with wanting to look Caucasian.

Now, let us look at the fact that we live at a time where Korean youth are undergoing cosmetic surgery as graduation gifts from their parents. It is almost like a ritual.

Obsessive, huh? Is it really a matter of "obsession", though? I mean, why do we dress up in formal business attire for some jobs? Because we will be judged, and yet, we do want that opportunity -- otherwise, we wouldn’t be wearing it. Mostly, they do this because they live in a competitive society and the question, “are cosmetic procedures a sensible investment?” does not need to be thought about too long and hard.

Beauty Through The Scalpel

Believing in the idea of  "beauty through the scalpel" can only go so far, though! It cannot fundamentally change gwansang. Why? As Jo Kyu-mun continues, “So if the heart doesn’t change, then you can’t fundamentally alter your gwansang.”

Yes, Korean rhinoplasty and double eyelid surgery are very commonly requested procedures. Yes, changing the appearance can diminish self-doubt and boost confidence. Indeed, it could open more doors for experiences and opportunities. It cannot, however, change someone’s character or the heart.