Nowadays, it’s not uncommon to hear that someone has done Korean double eyelid surgery.  But, this is probably a first in the record: Recently, a blue-eyed, blond-haired Brazilian man had went under the knife to look Korean; he had underwent at least ten surgeries to get Asian eyes, he told the Korea Herald. Besides the ten surgical procedures for his eyes as well as other less invasive procedures, totalling $3,100, he has also began to wear coloured contact lenses. The unnamed man asked for his name to not be revealed, for the sake of privacy and protection for his family from the Internet’s eyes. He was originally from Brazil and came to Korea as an exchange student. After spending time in Korea, he was inspired by how common plastic surgery was. 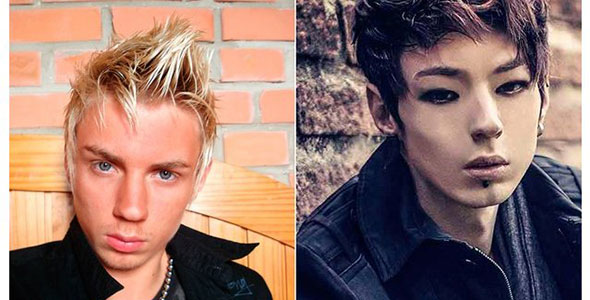 “Koreans have many surgeries to modify the shape of their eyes and become more like Westerners. It was easy to tell when one of them had done it, walking on the street wearing sunglasses and a surgical mask,” he told the Korea Herald.

“I have no regrets, and I don’t intend to have any more procedures,” he concluded. While many people and the media seem to think that the Oriental look is not as beautiful, this man seems to be happy that he has gotten the right look for himself.

It’s a common misconception that Koreans are obsessed with modifying their bodies. While the culture is indeed more open towards cosmetic surgery, plastic surgery statistics show that popular procedures in Korea involve the skin and hair.

However, not all stories having to do with cosmetic surgery have a pleasant outcome. One just has to remember the cautionary tales of an obsessed model, having injected cooking oil into her face as a last resort. Other times, it’s not some gaping hole beckoning a person to keep getting surgery work done, but simply, a healthful but uninformed mind. That is why, it’s been reiterated on this blog many times now, that pre-surgery and post-surgery research is very important. How is this procedure done, and are there any health ailments that will threaten a good outcome? Which surgeon or clinic should one go to, for a specific procedure? Which is the best for you? You might find some answers over at the TouchUp Community. On another note, we are glad to share the good news with you; the TouchUp Community reaches 3000 Members as of this week.