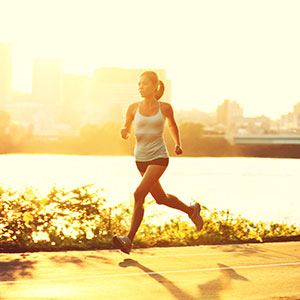 Boasting more than five hundred clinics, while Gangnam district is known as the mecca of cosmetic surgery, South Korea has gained a bad rep in recent years with news coverage often presenting the nation as an image-obsessed nation.

The second idea that has been thrown around in the media, is that many Asians who choose to change their appearance are said to be, “ashamed of looking Asian and want to look white.” Arguments have been raged on why double eyelid surgery is so popular in Korea. Which of course, media reports claim that it is to achieve a more Western looking eye. We think this is complete hogwash.

If you are Asian and want to get cosmetic surgery, don’t listen to that rubbish. It doesn't mean you secretly harbour feelings of shame from being Asian. So don’t you beat yourself up over it!

The truth is, it is in our biology that most people are drawn towards cute, baby-like faces. In most people, the sight of a baby produces protective and nurturing responses. These are faces with larger eyes, higher eyebrows, smaller nose bridges, rounder faces, thicker lips and lower vertical placement of features, creating a higher forehead and a shorter chin.

A study found that pretty women have more oestrogen, and higher oestrogen levels are seen as more feminine and attractive – these attractive faces had bigger eyes, larger forehead area, small chins and larger lips. Is it merely a coincidence then, that popular Gangnam plastic surgery trends involve larger eyes, a smaller chin and a smaller nose bridge?

Sure, there might be some people who really hate being Asian and dislike their oriental features. But it is an exaggeration to say that for all Asian people. For the most part, it has nothing to do with race here.

While it is true that cosmetic surgery is heavily advertised in South Korea, it is also true that their society believes in empowerment through surgery; this is a country that is highly competitive and where looks matter a lot to even score a job interview. As for Asians in neighboring countries, some would like to look like a certain Korean celebrity. Some others just like to create their own look, it’s like make-up but a more permanent solution.

Yes, it’s true that South Korea is an image-conscious place, but the media should give it a break and quit making exaggerated and subtle, racist remarks in their reports. It’s really getting old, don’t you think? Reshaping your body and changing your looks can be life-changing, but it's not going to instantaneously bring you success. One should never forget their roots and where they came from, because it influenced you into who you are today and it fuels your drive as to where you are heading tomorrow.