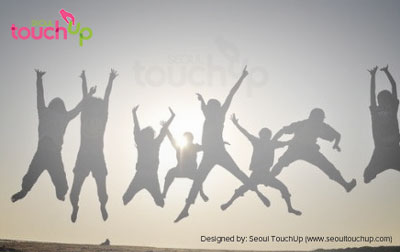 Why is this so popular? Well, because this is the first kind of alteration that gives a lively, invigorated and youthful appearance. You might already know this, but the Asian culture has favoured the appearance of lidded eyes. That is why double eyelid surgery, also known as blepharoplasty makes top on the list. This not only changes the shape of the eye and results in a double eyelid, but can also get rid of unwanted, saggy eye bags which is exactly what takes away from a vibrant and energetic appearance. If you thought your grandfather or grandmother was biased, favouring your lidded-eyed cousin more, rest assured that it’s not only happening in your family. Because only 15% of East Asians are born with it, the appearance of double eyelids is regarded as a unique trait in the whole of Asian culture. In fact, it has been culturally cherished in Asia for centuries now. Not just in Korea, but even in Japan, where this trend has existed for centuries now. Perhaps this might come as a surprise, but double eyelid surgery was indeed all the rage back then, with methods existing as early as 1896! 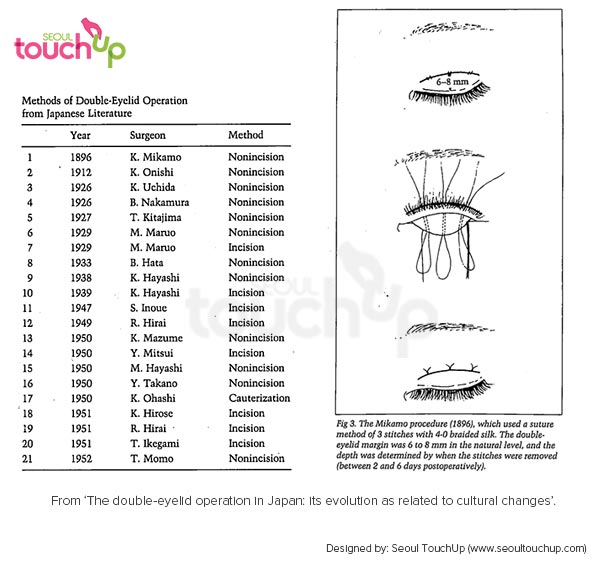 With the advent of television, Western-looking faces were frequently seen by the growing youth. Now, it is the most popular cosmetic surgery procedure in Asia. Simply through the use of sutures, the creation of extra folds here gives the appearance of larger and livelier eyes. 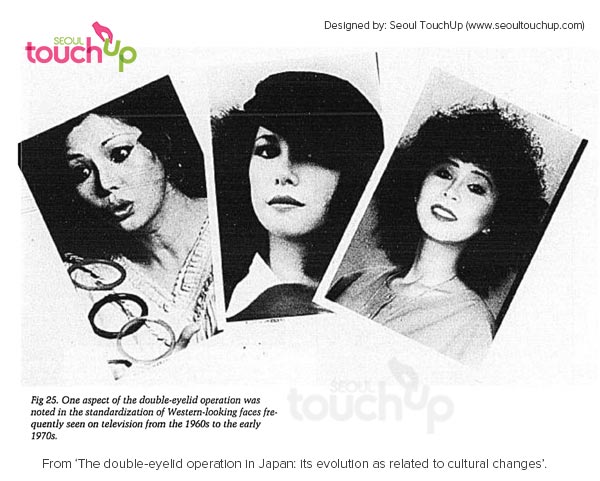 What else continues to be trendy with the young ones is Asian rhinoplasty. The typical Asian nose is one that has a wide alar base, and a short nose bridge with an upturned nose tip. Most people want to stand apart from the crowd, to look different, to look special and this is exactly why rhinoplasty comes second on this list. Embarrassed teenagers complain that an upturned nose makes it very easy for the nostrils to be seen, unfortunately making an otherwise graceful appearance sorely lacking in grace.

Contrary to popular belief, Asian rhinoplasty does not seek to westernize the oriental face, but to harmonize it with the rest of the ethnic features. Even though it is a popular choice, a sharp, straight-bridged nose isn’t for everyone.

This all comes down to accentuating what you are already. Similar to blepharoplasty, the Asian rhinoplasty procedure should be done to accentuate the inherently unique nose of each individual, that is to say, treated as a case by case basis and not a one-size fit all. Still, for those looking for a full-face makeover, this is not a worry and mostly everything can be changed to create a new, fresh face.

Finally, most teenagers and young adults want to look fit. After all, women are said to look their best in their early 20’s, so having that extra flab around no matter how much cardio has been done, can be extremely frustrating. Baby fat, obesity and unwanted flabs be gone, this is your time to shine! But first, it’s important to understand what is liposuction surgery and what it can or cannot do for you. As a disclaimer, it should be said that despite its popularity, not everyone in Asia, young and old alike see the point in getting liposuction. In some cultures such as in India, a fuller and curvy appearance is prized as it denotes wealth and good fortune. For the most part of Asia, however, a slim, fit and toned body is associated with vitality, competitiveness, and productivity in a fast-paced urban lifestyle.

However, please remember that liposuction will not affect your body-mass index or health. It is a solution to reshape the body, but it definitely does not make anybody into a healthier individual; to live up to such an ideal, there must be a balanced diet and exercise routine. Regardless, this is a procedure that many Asian youth are fearlessly going under the knife for as a means to stay top of their game in life.

A Passing Fad or Here to Stay?

From the years passed, Seoul TouchUp has seen many customers going under the knife, the progression and advancement of Korean plastic surgery techniques as well as the popularity of each individual procedure. With all this information at our fingertips, we can safely say that these three procedures are not just a passing fad among the young, but a trend that is here to stay.

Even though Korean children as young as primary school aged up to young adults already desire cosmetic surgery, these procedures come with a risk and possible complications. So, it is generally advisable to only jump into this with accurate and up to date information. Thankfully, information on cosmetic surgery is now abundant on the world wide web. There are now various recounts from both your average person to recognized celebrities that can be found on online journals, outlining their plastic surgery journey. This is not merely opinion, but the facts are also stated on these blogs, such as the unethical practises so you can be wary and avoid these services. This is all very important to the young and inexperienced.

That aside, are you interested in traveling alone? Seoul TouchUp can help you with that from start to finish, or if you prefer, with minimal interference; these offers range from hotel services, to hassle-free appointments to a pick-up and drop-off service. For interested parties, feel free to make the best use of these resources now in preparation for your trip.