Dami Im Won’t Change How She Looks – No Korean Nose Jobs For Her! 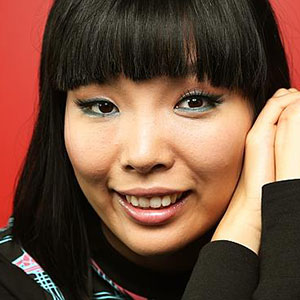 Earlier this month, we talked about how X-factor winner Dami Im feels uncertain about getting Asian face surgery. Now, the verdict is out – no Korean nose jobs for her!

She’s famous and talented, having won and topped the Aussie charts with her single, “Alive”. But this chick, unlike other celebrities, is against extensive cosmetic surgery as she states her view, “Even though I don’t feel like the most beautiful person, people still like me for who I am and what I look like so I wouldn’t change that just because I can.”

Though she is against getting Korean rhinoplasty, she’s had surgery on her nose before due to a serious automobile accident.

“I hit my head on the window, my face, like six times,” she said. “I had to get reconstructive surgery. It wasn’t because I wanted to look different but because my nose was broken a lot.”

She’s had three surgeries due to the unfortunate accident and might have to undergo more in the future.

“I don’t want to say I’d never have plastic surgery and then have surgery to get rid of the bone and people will think I lied,” she said.

Her take on the matter of cosmetic surgery is that it was invented for people with in-born deformities or people who have got into accidents. We’ll probably never see her get double eyelid surgery and that’s all good and fine! Good and fine? Why?

Well, how much surgery is too much? I’m sure we’ve all heard of surgery-gone-horribly-wrong stories like how a model’s lips swelled to four times their normal size after botched jab.

So yes, good for Dami Im! Fortunately, she doesn’t live in South Korea where it can be said that society judges people more harshly on their image.