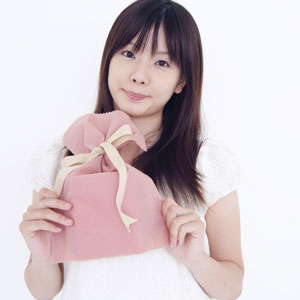 These days, most people would agree that South Korea, Japan and Taiwan are among the top ten most accepting, or rather, plastic surgery dependent countries in the world. Why is this so? The cosmetic surgery craze probably owes its dues to two factors: (1) the association between Korean celebrities and plastic surgery, and (2) supposedly Western influence in aesthetic beauty among the Asian population.

Envy: The Root of it All

Those familiar with K-POP and Korean entertainment, will find that a number of celebrities have admitted to have undergone the knife, already. It’s not surprising that many fans find themselves wanting to look like a certain celebrity.

But, the second factor is a bit ambiguous, so I’ll go into a bit more of an explanation here. There has been a lot of media coverage on how ‘Asians are seeking Surgery for Western look’. Still, it is a bit of a stretch to say that every Asian person seeking surgery wants to look Western-like.

In our age of globalization, Western media, entertainment, and advertisements bombards most developed countries, including Singapore, Malaysia and South Korea -- to name a few. Every day, you’ll see countless billboards and various advertisements displaying models and celebrities from the West. They’re either selling a product or looking sexy in a BMW. As for South Korea, ads for cosmetic surgery are readily publicized even in subway stations.

The ideal look, the beauty standard and what is desirable is thrown right in our faces, so, it’s really easy to become envious.

All that aside, who ranks first in this cosmetic surgery craze? It’s an easy guess, that’s right – it’s South Korea with 16 procedures per 1,000 people. Coming in sixth place is Taiwan, followed by Japan who ranks seventh.

Even with high rates of cosmetic surgery across Asia, the procedures themselves can be costly and invasive, especially when revisions are taken into account. Just look at grafting in revision rhinoplasty, it happens often; as reported, rhinoplasty, a difficult aesthetic surgery, has a revision rate of up to 21%. Going by those statistics, a quarter of the people are returning patients who spend a hefty sum.

Perhaps this is why, in recent years, there has arose a rising trend. Hot among Asian teenagers is a cheap but dubious alternative: DIY cosmetic surgery in Korea, as well as in neighbouring Asian countries. You’ll find as young as elementary-aged children, using these tools on themselves!

Among these DIY tools, there is the glasses-like contraption that claims to provide the user with a double-fold eyelid, only after five minutes a day of wearing it.

So, this glasses-like contraption that costs peanuts versus the increasingly popular, 20-minute double eyelid surgery. Which of the two provides less hassle and is a safer option? We don’t know, but a better question is: how effective and safe are these tools? Despite not knowing these two questions, this ‘DIY cosmetic surgery’ has become a rising trend amongst Asian teens.

Would you ever use one of these tools, or do you find more relief in tried and true practices? Mind you, Korean eye surgery is costly, and it can be invasive – still, even with these risks, there has been many cases where people have been satisfied with their results.

How many people do you know, who have reported lasting and satisfactory results after using these DIY tools? Leave a comment below, we’d love to hear from you!