How A Burglar Used Korean Plastic Surgery For His Misdoings 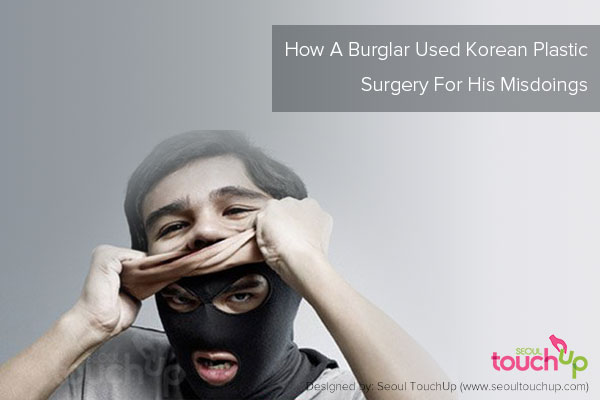 This is probably a one in a million kind of incident to happen, but lately there has been news of a burglar who got away from his misdeeds through a rather peculiar method: Korean plastic surgery. You’d think that only hip and competitive youngsters would opt for surgery in today’s image-conscious Asia, but no! There are burglars who have decided to advance their careers, too! They, too, also desire to perfect their craft! The art of burglary now goes hand In hand with plastic surgery.
Reported by the Korea Herald, this burglar fellow claimed to have gotten surgery because he wanted to feel better about his shortness. So what did he do? Robbed people! A total of 87 incidents during April and December of last year. For most people, jawline surgery or osteogenesis (making bones lengthier) would cost an arm and a leg. Oh, but not this guy because he had all the money in the world to get those surgeries done. From his robberies, he had gained a total of $480,000 worth of goods.

If we look at this lovely chart that shows the average cost of Korean plastic surgery, this guy could’ve done jawline surgery for ninety-six times if he so felt like it!

A BREAKDOWN ON THE SURGERIES THE BURGLAR HAD DONE

It is a favourite among many women and men, and one of the top procedures when it comes to cosmetic surgery trends in 2015 for Asian youth. These are people with completely functional jaws, that may or may not have an overbite or underbite. Because orthognathic surgery corrects overbites and underbites, some people say that getting jawline surgery is more a want than a necessity. Which is true! But then again, like in the burglar’s case, it can also really freshen and shake one’s appearance up.

So how does it work, really? The short answer is that incisions are made where surgeons work very closely to nerves around the neck area. This can be mighty dangerous but necessary if wanting to shave the jawbone. The long answer is outlined in the basics of jawline surgery in Korea.

Now this is mainly done to lengthen the bones, so this was ideal for the burglar who complained of a short stature. It is true that the napoleon complex exists; height is a huge factor in judging attractiveness and how one is perceived in masculinity. It can change how manly or competitive a man could be in the eyes of others. On the other hand, many tall people may complain of their height as this puts a lot of strain on them, causing a myriad of health problems. So osteogenesis surgery can be said to be a necessity for some, a luxury for others and in this peculiar case, it could also be a burglar’s way of hiding his identity.

The Famous and Well-celebrated and Jawbone Surgery

Curious to know who else has gotten jawbone surgery or osteogenesis surgery? Well, these three familiar faces aren’t burglars but well known celebrities: 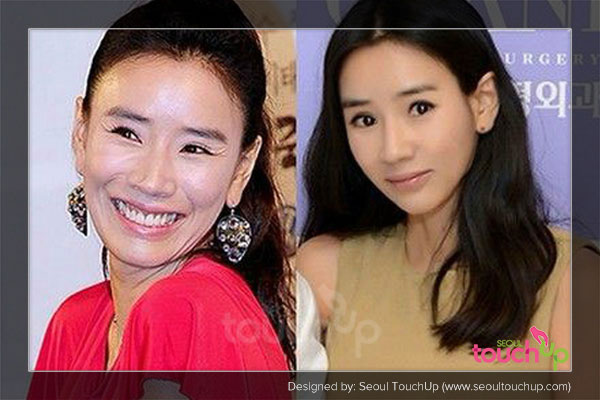 For those who do not know, this is Yoon Hyun Sook. A little hard to recognize her, right? Her jawline looks very different in the two pictures! 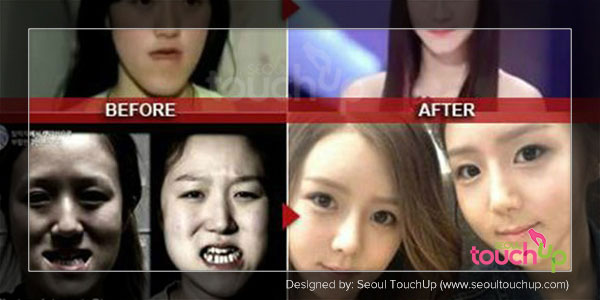 These are the twins who were in a very popular makeover show in Korea, 'Let Me In'. Whereas once they were bullied and teased for their underbite, they now enjoy their lives without wincing or blinking an eye when others look at them. 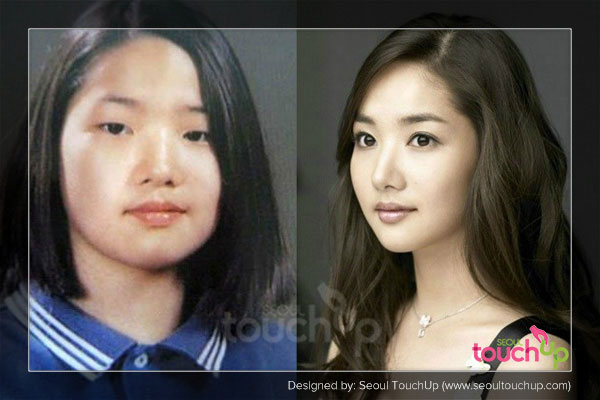 I'm sure a lot of Korean drama fans will recognize her. She is Park Min-Young, a well-celebrated actres in Korea.

Can Korean Plastic Surgery Transform Your Life for the Better?

So obviously there’s been numerous successes as well as failures. But can it really change your life for the better? It can if you let it. While there have been stories of plastic surgery procedures gone horribly wrong, as in the case of that Korean ex-model who injected cooking oil into herself, there are ways to avoid the pitfalls of these tragedies. Desperate measures may result in desperate ends. For instance, not having enough money and Injecting cooking oil as a substitute for a real procedure is a big no-no! What you can do, is to do the required research, know what you are getting yourself into and the preparations needed.

Some questions to ask yourself would be: Where am I getting this surgery done? What is the price comparisons? Who is the very best at this procedure? Does this fit my budget? Have I seen personal testimonies on this clinic or surgeon? Have I checked out forums and various other resources on the interwebs?

Best Destinations for Plastic Surgery in 2015

A browse through the New York Times and you’ll find that Korean Plastic Surgery has garnered quite a reputation for itself. But among India, China, Thailand, Singapore, Malaysia, Japan or wherever else, why choose Korea? The top three reasons to choose Korea is probably (1) value for your money; even though you could get a far cheaper deal at Thailand, that doesn’t mean quality service! But in Korea, plastic surgery is decently priced when under the hands of licensed practitioners. (2) Seoul is a much well-loved and exciting tourist destination that shows off both its long-held traditions and culture as well as fast-paced modernity. You can expect to see, hear, touch, experience the Korean way of life by visiting jijimbangs, COEX mall, food and clothing markets, palaces and gardens. (3) Acceptance of plastic surgery as a ‘normal’ occurrence; you will hardly find any judgmental gazes or harsh whispers as you walk the street clad in bandage wrapped all over your face. No one pays much mind to this as most of the population have accepted plastic surgery as a part of their culture. While some of the older population may hate it, a lot of the younger generation as well as middle-agers have embraced it. Love it or hate it, one thing is for certain: Korea has definitely lived up to its name for being one of Asia’s top choices when it comes to beauty and cosmetic surgery. Now, the question is, how do you feel about Korean plastic surgery? Would you use it to transform your life? Would you use it for good purposes or bad purposes? If so, where is the best destination for plastic surgery In 2015, for you and your individual needs? For those feeling a bit lost, be sure to check out the Korean plastic surgery forum over at our website, where insights, discussions and real personal testimonies are shared daily.