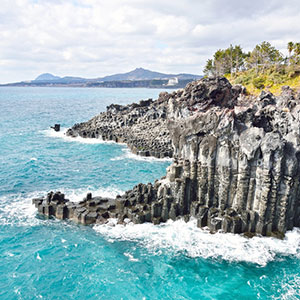 It’s often known that anyone looking to get Gangnam plastic surgery would go to Seoul. But just 455km south from Seoul is an equally beautiful but overlooked destination for cosmetic surgery purposes.

Often referred to as “Samdado Island”, meaning “three many” due to its abundance of rocks, women and wind, Jejudo island pulls in vacationers and honeymooners by the thousands. Its allure has been touched upon by CNN’s list of 10 reasons why travellers can’t keep away from Jeju Island.

The island was ranked number one on a national travel survey in 2013; this was in terms of customer satisfaction, its landscapes, and cultural heritage, transportation and accommodation services.  Jeju not only has aims for a high tech future, but its fame as extended to its local hospitals. Even though the ministry has blocked the plans for a new hospital to be built in Jeju Island, the numbers are still going strong.

“Since it was introduced via the global media, the number of foreign tourists has risen by 60 percent every year,” stated an official from the Jeju provincial government.

There was a total of 3,000 foreign patients on the island in the previous year, which accounted for 10 times more than it had been just a decade ago.

“The number of patients who see dermatologists increased by 91 percent and health examination centers by 110 percent last year. They account for around 45 percent of all patients,” said a public health official from the provincial government.