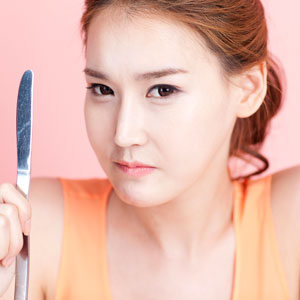 For those who have plans to undergo the knife, specifically uniquely Asian procedures such as double eyelid surgery and Korean rhinoplasty, the options are abundant; from South Korea to Thailand to China, there are many destinations to choose from. But, no matter how popular a country is – in terms of cosmetic surgery – it is important to be mindful of whether or not a surgeon is officially certified.

Yeah, no matter how famous Korea plastic surgery is, it is possible for  botched operations -- as long as there are unlicensed and inexperienced surgeons out there. According to the Shanghaiiest in an article titled, “Uncertified Korean plastic surgeons botch operations in China”, at least twenty Korean cosmetic surgeons come to China to practice in Shenyang, and among 56 cosmetic surgery organizations in the location – only two foreign cosmetic surgeons are certified. It is the rule that surgeons who come to China to practice on a short-term basis must register with the government.

Should These "Medical Scares" Be Taken Seriously?

When we hear about an unfortunate surgery mishap-pen that has happened to someone in a far away country, it may seem very unreal. You know, as though it may never happen to you. Have you ever thought about going under the knife, but the illegal and cheaper option? Has the thought ever crossed your mind?

You may have thought to yourself, "Is going to a licensed and certified practitioner really that important, as much as how everyone makes it out to be?" Let's look at the facts: a little search through the internet from various reputable news sources and you'll find these freaky stories.

There was the case of a 33 year old woman, Athitaya Eiamyai, who had went for collagen injections and was hospitalized. She had then died. Then, there was Suyima Torres whom had paid $2,300 to receive butt injections which had not contained sillicone, but a yellow, oily substance -- she had died. Let's not forget, one of the most famous cases: Hang Mioku, a former model who had gotten illegal, cooking oil injections and became permanently scarred. So many of these individual and gruesome incidents have happened, but there are still people who choose to look for these unreliable sources.

Right now, there is another crowd who opt for a cheaper alternative; unable to afford Gangnam-style plastic surgery, Korean teens deploy DIY methods to substitute for surgery. These are very real dangers and can happen to anyone who becomes complacent.

We'd say that yes, these stories should be taken seriously and only licensed practitioners should be sought after. Would you ever put your well-being at risk, for the sake of cutting costs?