Korean-American Author on Extreme Korean Plastic Surgery: I Don’t Hate Myself or Want to Be White 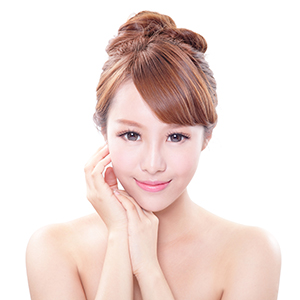 Often enough, there are numerous monthly news reports on the extreme Korean plastic surgery that’s going on in Asia. The overall message in these articles are all chiming to the tune of "Asians want to look less Asian". Eung Hong, a Korean-American writer has had a lot to say about this; in fact, she wholly disagrees with the notion, as reported in an article by the Huffington Post, “I Don’t Hate Myself or Want to be White”. We think that it is a refreshing take on the matter, and it's about time someone had spoken up about it.

She argues with the common assumption that Asians opting for plastic surgery in Korea are trying to look like people of a different race. This assumption is unfortunately one of the top 3 myths about Asian surgery. As she told HuffPost Live, “We need to stop assuming that a person’s choice to have a cosmetic procedure is fueled by negative self-assessment or a desire to adhere to a Western beauty standard.”

Eung Hong had grown up in South Korea and is familiar with South Korea's image-conscious culture; she had undergone double eyelid surgery. In a Wall Street editorial piece, last year, Hong had said her decision to get her eyes done had nothing to do with “Asian self-hatred and white worship”, a common criticism aimed at Asian women who choose to go under the knife. As she further explains, “I did it because I was dissatisfied with my appearance, of course, but not because I wanted to look Caucasian.” She even jokingly says that her choice was simply done for vanity. Eung Hong’s reasons may lie in self-empowerment, but she is not a blind supporter of cosmetic surgery; she does not recommend the same for everyone else, going on to say, “I think it’s healthy to be suspicious of cosmetic surgery. I think there are definitely cases in which it should not be done, like young children.”

Note: The related HuffPost Live video of Eung Hang speaking her mind can be found over at the Huffington Post.