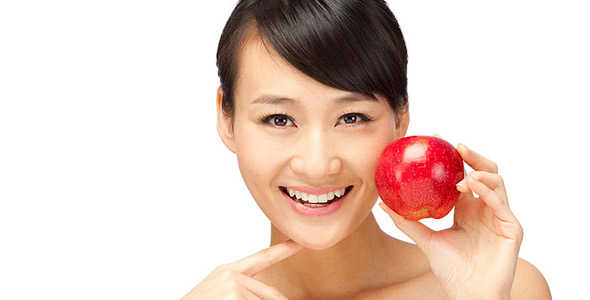 What is a facelift?

A cosmetic facelift is a cosmetic surgery procedure that tackles the problems encountered in aging skin; namely, sagging and wrinkly skin. There are essentially a variety of different facelift techniques – each with its pros and cons; from a micro current non-invasive “facelift” to rhytidectomy, conventionally known as a facelift. To navigate your way through the ins and outs of these two distinct procedures - a face lift guide is what you’ll need.

Is a facelift for you?

Caring for one’s skin is not exclusive for only the hormonal young, with the onset of aging comes its fair share of problems as well. Wrinkles and sagging skin can be tackled with a facelift, as well as other alternate means such as staying out of the sun, eating healthily as well as applying various cosmetic skin-care products. However, there is another alternative that you may or may not have heard of; the secret to flawless skin via Laser Skin rejuvenation.
That said, a non-invasive facelift or the kind which involves pain is certainly for you if all other options have been so far, unsatisfactory. With any cosmetic surgery procedure, putting your body and potential for aesthetic beauty in the hands of a professional is of the utmost importance. In recent times, Korean Plastic Surgery has the most number of plastic surgery procedures done in a year. It comes as no surprise then, that many in Asia and further aboard have flocked to South Korea for its best practices in plastic surgery. 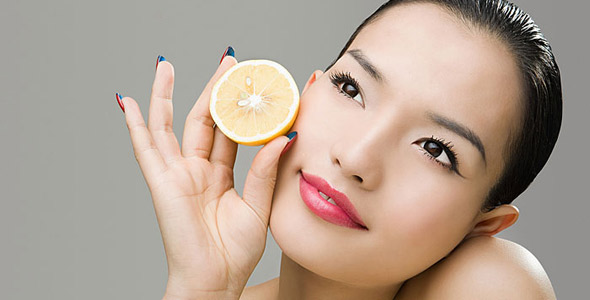 Ultherapy is a non-invasive, non-surgical facial rejuvenation cosmetic procedure that is kinder and gentler to the skin. The treatment involves using radio frequency or ultrasound energy that does not touch upon the surface of the skin. After a single 30-60 minute Ultherapy procedure, there is no need to stay in-doors for there has been no damage to the surface of one’s skin – unlike facelifts and such older techniques.

Is Ultherapy for you?

Korean plastic surgery clinics are well-regarded and known to be the best in Asia. In the hands of an experienced surgeon in Korean Plastic Surgery, undergoing anti-aging surgeries will not be a problem. This is especially the case for healthy adults whose skin has become less firm and is starting to sag – they are said to be the right candidates for Ultherapy.
For those whom prefer permanent results and decide that it is time for a facelift, by all means go ahead, although there is a risk for permanent scarring as well. That said, you might want to consider other options such as a non-invasive face-lift; the advantages of a non-invasive facelift are plentiful. Finally, it is of paramount importance to recognize that an ounce of preventive measure can go a long way, rather than a pound of cure. The end of the line is this; there are many skin rejuvenating methods, but Ultherapy stimulates deep collagen growth and can better tackle the effects and signs of aging.

Advantages of a Non-Invasive Facelift

Despite not wanting to stereotype Asians as a race that doesn’t seem to age – there is however, some truth in that statement. Asians, especially women conceal their age very well in comparison to other races.

Asians do age but the aging process is somewhat slower than their counterpart.  The indicators and markers (such as heavy wrinkles and brown spots on the skin) are not so apparent.

Asians especially those from East Asia are particularly attuned to having a face with a smooth texture. But this could also stem from societal behavior and habits. Some Asian societies, such as those in Korea and Japan tend to spend a small fortune to take care of their skin. They have learnt from a very young age the importance of facial appearance.

Most Asian women combat the signs of aging early – just like the saying: prevention is better than cure. Thankfully there are numerous anti-aging preventive steps that are cost effective as well as non-invasive.

An anti-wrinkle injection is a form of non-invasive facelift. It can be used to reduce and erase frown lines, crow’s feet and other wrinkles.

A natural substance is injected in very small and safe doses directly into the muscle that controls the wrinkle. The muscle activity is blocked and as a result, a refreshed look is achieved.

Although the serum needs to be injected every 3 – 6 months, the benefits increase with each treatment, so the number of treatments required will lessens over time. And in most cases the effects can last up to six to eight months. This treatment is very safe – which is why it can be repeated indefinitely.

Chemical peel is another treatment used to rejuvenate the skin by hastening the skin renewal process. The skin on our face is constantly being renewed by the fresh skin underneath replacing the dull damaged skin on the surface.

In contrast to the natural process of skin renewal, a skin peel creates an even, controlled shedding of several layers of damaged cells. The result is a new layer with more even tone, color and smoother surface.

Another non-invasive treatment is microdermabrasion to improve a dull skin texture. Microdermabrasion gently rubs off the very top layer of top skin; polishing and reducing fine lines on the forehead and around the mouth.

Korea for the Best Treatment

There are many advantages that come with a non-invasive facelift - is has no complications, does not require downtime and produces minimal discomfort. Getting the best treatment can help you maintain that fresh and vital look.

Korean plastic surgery clinics are renowned as the best in Asia. Those that sport über modern medical facilities are normally equipped with the latest gadgetry that would appease anyone looking for an invigorated and refreshed look.

The Secret to Flawless Skin via Laser Skin Rejuvenation

Looking for a face lift without the pain and down time? Laser skin rejuvenation is the closest thing to a face lift you can have without undergoing surgery. The aim of this non-surgical treatment is to create a softer and more glowing complexion. So what does it entail?

The technique uses laser technology. The laser scans over the top of the skin to remove damaged skin cells. Laser resurfacing is extremely effective for facial rejuvenation because it has the ability to remove the built-up layers of dead skin and scar tissue.

The laser action stimulates production of new skin cells and collagen, resulting in a smoother and glowing looking skin.

The booming cosmetic industry in South Korea has given rise to a society that is well-groomed with most Koreans conscious of their looks. This effect has manifested the cosmetic surgery industry to perpetually improve in order to keep up with the demands of clienteles wanting better treatment and outcomes.

As a consequence, this country has developed the best plastic surgeons armored with sophisticated cosmetic procedures. The efforts funneled into promoting top-class cosmetic surgeons and techniques have given many individuals confidence to travel to South Korea for plastic surgery.

The popularity of Korean stars from the entertainment sector has also helped to create the ‘Korean Wave’ that has spread across Asia. From Singapore to Shanghai, the craze to have the Korean look is all the rage. What is more than to achieve this in a land that thrives on beauty, perfection and cosmetic surgery?

Refresh Your Look With A Facelift

Billboards adorned with images of beautiful, well groomed Koreans are everywhere in Seoul. The popular Korean look is epitomized by K-pop; Korean beauty is based on the concept of having large eyes, small noses, flawless skin and a fresh look.

South Korea is after all the global capital of cosmetic surgery. Koreans are more predisposed to cosmetic surgery since good looks are equated to success. Here, cosmetic surgery is viewed as a service provider, one that is readily available and not limited to the rich and famous.

While it is heavily advertised locally, Korean cosmetic surgery is also actively promoted throughout Asia Pacific as well as the West. Plastic surgery statistics show unprecedented number of tourists coming to Korea for the purpose of cosmetic enhancement.

One of the many possibilities of cosmetic surgery is the facelift. It is a procedure designed to correct the jawline, neckline, jowls and to tighten loose facial skin. It is usually a durable procedure – one that is expected to last around ten years or so.

In saying this, results of a facelift are as much about the surgeon as it is the technique. Seeking out specialist credentials is therefore an important step before committing to any procedure.

What does it all mean?

A facelift means different things to different people. It is about identifying the individual’s needs and concerns. What is the specific issue that bothers you in the morning when you look in the mirror? How can I improve the way I look?

A facelift is not about changing the person – it’s about re-invigorating and re-capturing the freshness of a youthful face. And it can be combined with many other rejuvenating procedures such as brow lift, neck lift, eyelid reduction and even rhinoplasty.

The aim is to highlight a person’s features and create a balanced and beautiful face. In essence it is about making you look and feel the best you possibly can. It is about taking steps towards an improved quality of life.