Korean Before and After Plastic Surgery Pictures of Celebrities: Still a Big Deal?

These days, a casual browse through the internet and you’ll find quite a number of news articles claiming that so and so Korean celebrity denies surgery or admits to have had surgery. Just type the words "Korean before and after plastic surgery pictures" on a search engine and you’ll find an abundance of discussions, speculations and the like. Fans swoon or criticize their idols on the internet. Why is it such a big deal? It’s actually quite funny, if you think about it. When we compare childhood photographs to the idols at their present as well as more recent photographs, say, five years before their debut – how different do they look? For some, the difference is too obvious. Are their looks the only trait that matters, the only thing fans cherish about their idols? Then it’s not the actress that is the problem, it’s the attitude of raving, disappointed fans. No one’s perfect, but that is perhaps why some people adopt the belief that, “Beauty is not created, but defined.”

In the Asian culture, having distinct, larger looking eyes is increasingly becoming a beauty standard. As a result, double eyelid surgery has become a norm among Asians. There has been news like ’South Korean high schoolers get plastic surgery for Graduation’ – this social norm has become a rite of passage for some Asian teenagers going into young adulthood. 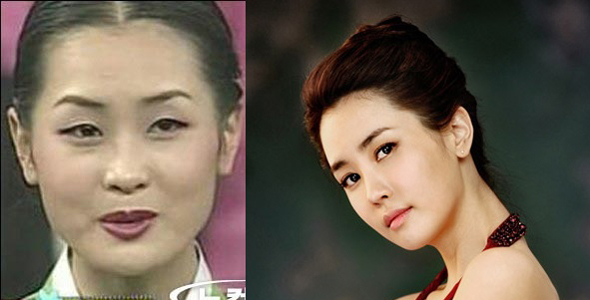 Lee Da Hae before and after surgery. 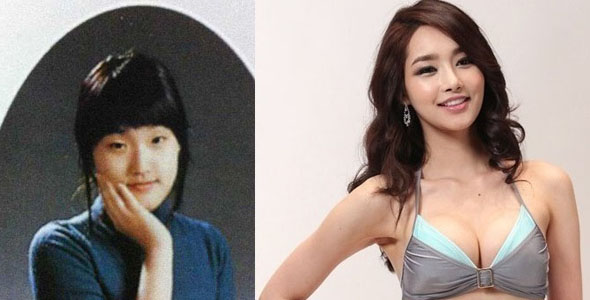 Kim Yumi before and after pictures

You can tell, it’s obvious isn’t it? More and more, the “conservative” vibe has lessened in Asian culture. Procedures like Korean breast surgery are no longer that much of a big deal. Just look at Kim Yumi’s before and after images – that contrast between her poses. One is so conservative-looking while the other booms with confidence – not at all shy.

The question is, how do you view plastic surgery? Is it morally wrong? If it is, why is it morally wrong? Some people see plastic surgery as a stepping stone to greater success in their careers and love life. But are cosmetic procedures a sensible investment? Will you really find greater opportunities for your career as well as to meet the love of your life? Perhaps, but one thing’s for sure though – if you had no inner beauty, no talent or character then no amount of surgery can change your life. It is through resilience and a passion for life that makes it easier for the seeds of opportunities to blossom and flourish. Perhaps Kim Yumi knows this, and to quote her, “From now on, I hope to make a name for myself for my inner beauty rather than my outer beauty.”