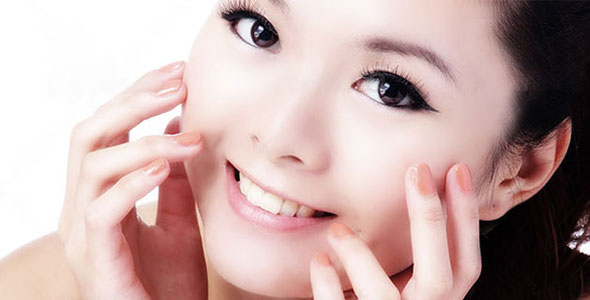 South Korean women and Korean plastic surgery go hand in hand. In the past several years, there has been a growing phenomenon among Korean men and women artificially enhancing their looks. This, in turn, has led to the country's boom of cosmetic surgeries. The most requested and preferred procedure is the Korean Double Eyelid Surgery.

If you walk through the streets of Seoul, most women seem to have double eyelids. But in fact, only 1 in every 5 Korean females are born with a crease above the eyes. Natural Korean eyes are said to have single lids, also known as the mono-lid. This is due to the fact that most of these women undergo the knife as early as their high school years to have the eyelid surgery done. Even mothers encourage their teenage daughters to get the procedure when they are still young. Korean double eyelid surgery is so common and routine that most people don't even consider it as actual surgery. It has the equivalence of a new designer bag--they acquire it to impress and symbolize their social status.

Korean double eyelid surgery involves artificially creating a fold in the eyelid when there was none. If one has mono-lids, it is very troublesome to apply eyeliner - even more so when applying eyeshadow which comes off easily once the eyes are kept wide open. The eyes are usually the focal point of a person's face, and can either serve as good fortune or a great annoyance and distraction from other attractive features evident on the face. In such a case, it's difficult to get caught up in the details and so, disregard the beauty of a face's entirety. Double eyelid surgery is a solution, for people who do not fancy having mono lidded eyes. There are several types of procedures--the non-invasive and the incision procedures. The recovery time depends on what kind of procedure is done, but it usually takes 1-2 weeks for the swelling and bruising to disappear and about 6 months to see the full results.

The prevalence of Korean plastic surgery began in the late 1990's when the Asian financial crisis happened. And since most South Koreans strongly believe in fortune telling and superstition, they flocked to plastic surgeons in the hopes of improving their fortunes and businesses. In Korea, traditional beliefs say that your success can be determined by your birth date and other factors that you are born with. You can't change your birthday and your ancestry, but you can change your looks.

Since then, getting their features enhanced through cosmetic surgery has been associated with luck, success, and getting ahead in life. Most patients are still in their early youth or at an appropriate age to settle down. As they live in a tough, image-based society, it comes as no surprise that they believe that having surgery will enable them to get ahead in life.

Celebrities have also helped drive the national trend. With the new dawn of wide screen and HD TVs and the world wide web, Korean stars are now more conscious about their close ups. They have to resort to plastic surgery to appear as flawless and as perfect as possible. With before and after photos of them easily coming out on the internet, it's hard for them to deny that they hadn't had anything done. So they have no option but to go public and be proud of it. Korean stars plastic surgery have created an openness among Korean men and women with regards to plastic surgery.