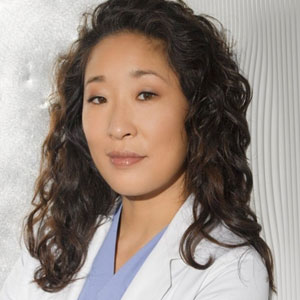 The Canadian-born Korean actress, Sandra Oh who stars in the TV show, “Grey’s Anatomy” as Dr Cristina Yang has recently stated her thoughts on plastic surgery.  She told the international journalists at the Television Critics Association’s winter press tour, “How other countries see faces and how that in a very, very, deep, deep subtle way opens up acceptance, opens up equality, opens up many positive things that I would like to be a part of.”

Of course, this means no surgery for Sandra Oh who prides in the show for its rich, racially-diverse cast. Compared to the many pieces of news that has made headlines: from how 2ne1’s Minzy admits to getting Korean nose job, to various speculation pieces on other Korean celebrities who may have had surgery – Sandra Oh speaking her mind, is very refreshing!

You know, there has been a lot of news coverage on how “Asians opting for surgery, want to look Caucasian” which could be rather depressing to hear. Where is the Asian pride? Do Asians who choose to undergo the popular Korean eyelid surgery aka double eyelid surgery, do so because they want to look like another race?

That’s almost insulting, and besides that, how can such an unfair generalization be put upon an entire race?

She goes on to say: “I read this article recently on how K-pop has really influenced so much teen plastic surgery.”

So, what’s so bad about wanting to look like a celebrity? Nothing. Except if someone despises themselves and puts themselves down for “not measuring up” compared to their beloved celebrities. It’s healthy and normal to want to better yourself, to groom yourself, to look your best – but not if entire self-worth depends on it.

We all know about the unfortunate case of Hang Mioku, the former Korean model who had injected cooking oil into her face, resulting in horrible facial disfigurations. Apparently, she was addicted to plastic surgery.

“I felt, here I am in America but this show is being broadcast in Korea and how just that can affect a population.”

Yes, this! With so much influence and power as a celebrity, this is very refreshing wouldn’t you say? She is saying in a way, to stop for a second and take a look at yourself; take pride in your ethnicity, and what makes you different.

This doesn’t mean, don’t ever consider plastic surgery but rather, think about why you are doing this before even thinking about korean eye plastic surgery; you might think, preparing for surgery means understanding what the procedure is, how it is done, the before and after-care required, but that is not all!

Do you still feel good about yourself, without having done any surgery work? Is your worth as a person, dependent on your physical looks alone; if they are that is where problems may begin!

Disclaimer: (The picture above was derived from the blogosphere and is not associated with Seoul TouchUp).