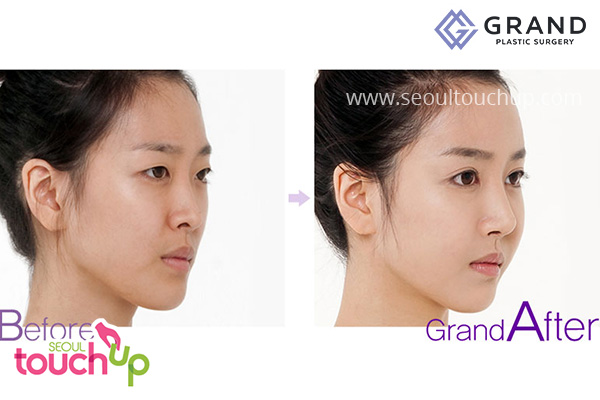 Nose lift in South Korea can be divided into two parts - Nose bridge augmentation and nose tip augmentation (or nose tip plasty). Augmentation is a term that describes "lifting up" flat parts, so when you read the term, you can expect some part of your body is getting higher or bigger. In South Korea, the two nose lifting methods (Nose Bridge Augmentation & Nose Tip Augmentation) are usually performed together to maximize harmony. It would be essential to understand the difference between the two because in other developing Asian countries, the doctor might not fully inform the differences and use implants recklessly. Nose Lift or nose augmentation is perhaps the most popular nose surgery in Korea, and dozens of surgeries are operated at clinics in South Korea, almost on a daily basis.

USD$4000-$6000 : the cost might vary depending on the surgery method and the shape of the nose. In most nose lift cases, however, you can prepare a budget around that range, which is still much lower than countries like Singapore, Australia and the United States. In Korea, nose augmentation and nose tip plasty are very popular, so prices are almost uniformly priced, and you will also find it cheaper to combine with other popular surgeries like eyelid surgery. 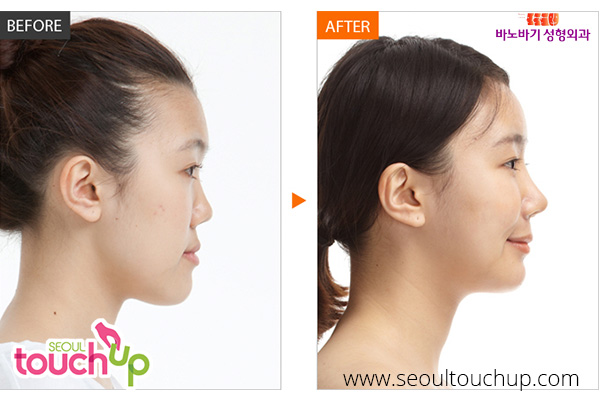 "When it will get natural?", "When it will turn normal?" are the questions that Seoul TouchUp medical coordinators often receive. It is not easy to answer that question partially because of the fact that customers want to see the result right away after surgery. However, it is only to be expected that it will take some time for nose job to look natural, probably longer than other cosmetic surgery. 2-4 weeks after surgery, your nose will start to look natural in person, and bruises and swelling are all gone at this point. However, it will take at least 3-6 months for the new cells and tissues to form and for your implant to settle in, and after 6-12 months, it will look natural even in unedited pictures. As you realize, waiting is really the most painful part of the entire process, and getting used to the new nose is another challenging experience that you need to undergo.

In Korea, most Korean plastic surgeons are accustomed to using an implant to elevate the nasal bridge. There are several types of implants that are widely used in Korea such as silicone implant, Gore-tex implant and permanent fillers. Some patients are against inserting an implant to their nose because they fear that it might come off after a long period of time. It is not true today because implants itself have gone through a series of evolutions as well. From the old L-shape implant to the current soft silicone implant, doctors in Korea have strived to make the patient's nose look more natural with a safer and natural-looking type of implant. It is also true that Korean doctors use implants that are supplied in Korea, and will customize (sculpt) the implant to fit your nose. 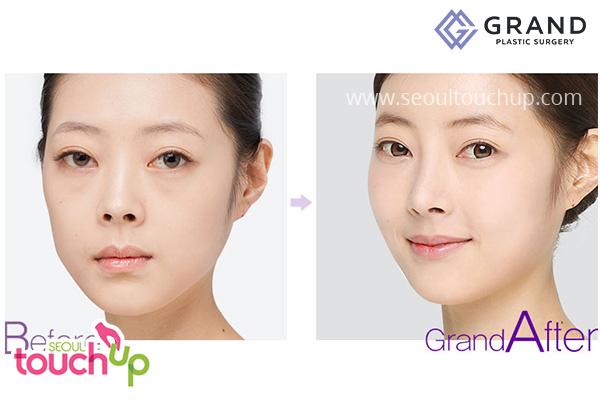 Check more nasal bridge augmentation before and after photos.

If you have been using some type of temporary fillers like Jevederm or Radiesse, you should consider a permanent solution like Nose Bridge Augmentation in Korea. Not only it is cheaper in the long term, but it is also "convenient". Also, if you want to have a more charismatic look, and a more distinctive profile, you may consider this specific nose cosmetic surgery. It doesn't matter if you are a boy or a girl, rhinoplasty can make a lot of positive difference on your entire look. In almost all cases, the doctor will combine nose bridge augmentation with nasal tip augmentation. However, if you believe that your bridge is disproportionately low and the tip is high enough, you can choose to have only nose bridge augmentation after the doctor's consultation.

For nose bridge augmentation in Korea, in almost all cases, doctors will use a silicone implant for your nose. When adding an implant to your body, what's most important? Preventing Infection and Perfecting the Location. Over the years, Seoul TouchUp has learned that the possibility of infection is very low. Also, your nose rejecting the silicone implant is very rare so you don't need to worry about this too much. Furthermore, the implant must be placed on the very bottom layer of the nose, otherwise the implant will move left and right after surgery. Also, it is important to note that you spend enough time with the doctor for the height of the nose. It is best to be conservative about the height because even 2mm or 3mm will make a lot of difference in overall appearance. 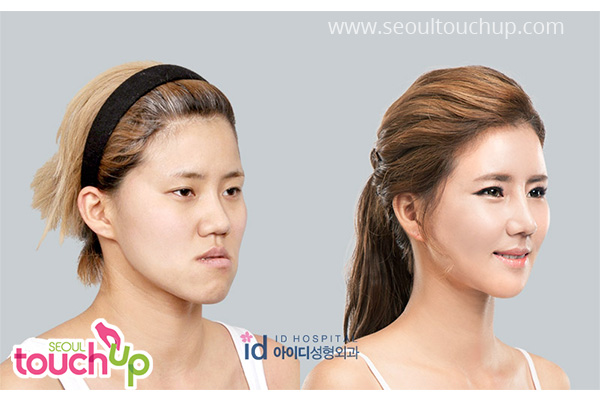 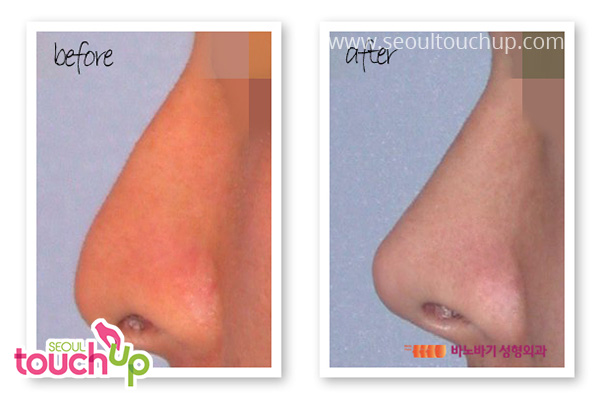 Check more Korean nose tip plasty before and after photos.

If your nose bridge is high but the tip is disproportionately flat, you can consider having nose tip plasty. You will be surprised to find out that nose tip surgery is also very popular in Western countries where people already inherited a high nose bridge but not always the tip. Some people just choose to inject temporary fillers such as Juvederm and Restyalane to their nose tip for the sake of convenience, but you should understand that having surgery is much efficient in terms of cost and also of your time. If you are still uncomfortable with adding an implant to your nose, you can opt for other techniques like injecting permanent fillers combined with nose tip plasty. Regardless of what nose job technique you use, nose tip lifting surgery will help you drop the habit of covering your nose with low self-esteem when taking photos and adding too much stress on your tip when wearing makeup.

The major focus of nose tip plasty is reshaping the nose cartilage in your tip. There are 3 types of cartilage at large : Septum cartilage, ear cartilage and rib cartilage. Which method and which cartilage to be used depends on your nose condition and the doctor's preference. In many cases, reshaping septum cartilage (a term for the cartilage in your nose) will do the job. If you combine the surgery with nose augmentation, chances are that the doctor will have to add extra cartilage to your nose tip using your ear cartilage. Otherwise, your tip may not be able to sustain the gravity of the implant and eventually collapse in the future. To use your ear cartilage, an incision will be made on the back of your ear and cartilage will be extracted and added to your nose tip. The scar on your ear will be almost invisible but it will take some time, usually 3-6 months, for your tip to be softened after surgery.

Not looking for Nose Lift?

Do you want to talk to one of professional medical coordinators?