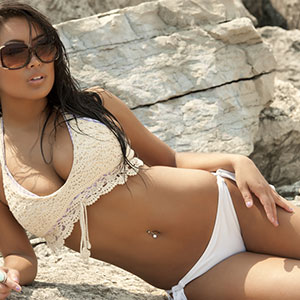 Cosmetic surgeons are a dime a dozen in Seoul, with just about hundreds of clinics populating the affluent Gangnam district as well as scattered about other parts of South Korea. The country is a delight to visit, especially for all things beauty-related. Notwithstanding the number of horrible cases that have also arose from their cosmetic surgery industry, up to date plastic surgery statistics show that the country has done the most number of cosmetic surgery procedures in the world.

Between the years 2008 to 2012, many of South Korea’s tourists visiting the metropolitan cities have come from Asia. The buzz surrounding this idea is exemplified by the news that more Chinese than Americans enter the country for beauty purposes. Is this true?  If we look into figures from the Korea Health Industry Development Institute, the answer is yes – well, at least in the year 2012 with 32,503 tourists coming from China.

Reshaping the body and face hurts. But as the saying goes, you win some and you lose some. Thanks to the South Korean pop culture boom, fans don’t just admire the talent, but envy their beloved celebrities for their pretty boy and picture perfect girl looks. According to an insight from Xinhua, a China newspaper, getting plastic surgery in Korea or rather, Korean-styled surgeries is becoming a hot summer trend among students in China.

As the Xinhua insight goes, “The country’s ‘correction’ and ‘alteration’ industry gained attention when the Xijing Cosmetic Surgery Hospital in Xi’an, capital of northwest China’s Shaanxi Province, was reported last week to have received more than 400 clients daily since the beginning of July, double the amount of the pre-holiday period. Students account for over 80 percent of the total, according to Sun Feng, a surgeon with the hospital.”

It goes further to say, “Many tout their ‘reshaping’ ads, particularly the ‘ROK(Republic of Korea)-style’ surgeries, with images of ROK pop stars to lure students (…)”

Here’s some food for thought: are these ROK styled eye, nose or facial plastic surgeries the same as the Korean nose plastic surgery done in South Korea? What are your thoughts? Would you get a ROK-style also known as Korean styled surgery in China or in Korea? Comment below, we’d love to hear your thoughts!