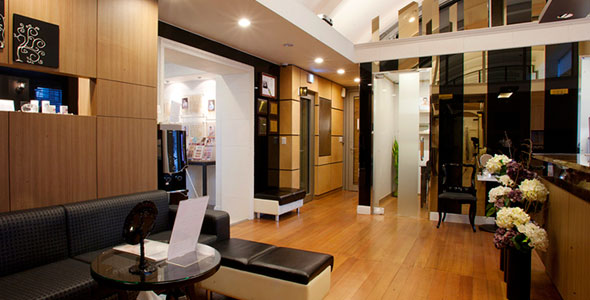 Koreans have a different attitude towards beauty compared to other countries, and the high level of domestic cosmetic surgeries done sets the Korean medical community apart from the rest of the world. One in every five women has had at least one procedure done and it's highly unlikely to see Korean celebrities with looks that are purely natural. Because of the Korean Wave--a phenomenon that has exploded the Korean entertainment industry--many of its citizens and those of neighboring Asian countries have Korean plastic surgery in the attempts of looking like their favorite Korean idols.

Korean plastic surgeons are considered to be among the best in the world, with top notch facilities and expertise that are at par with practitioners in the United States. The Gangnam district of Seoul is most famous for being the "beauty belt" in South Korea. It houses over 400 Korean plastic surgery clinic in its Apgujeong area. Known as the Plastic Surgery Streets of Gangnam, the district is Korea's very own Beverly Hills, with its wealthy citizens and high standards of living. It is home to several chic boutiques and malls, and to many gorgeous Korean men and women. Koreans and even foreigners flock to this district of Seoul because of these, but mainly because of the proliferation of many Korean plastic surgery clinic.

Korea's Ministry of Health granted local Korean plastic surgery clinic to receive foreign patients and this has led to the international boom of the country's medical tourism. Many people from around the world travel to the country to get medical procedures done, but mostly for plastic surgeries. By 2011, South Korea's medical tourism industry achieved an income of over eleven million dollars. Not only are the clinics top notch, the prices are also highly competitive because competition is stiff. The medical community achieves excellence through competition and excellent surgeries that are done on a daily basis.

Today, the Beauty Belt of Korea has expanded its medical tourism industry with partnerships with luxury hotels where in-house clinics are already available in their hotels. You can get your eyelid surgery done in the clinic and head straight to your suite right after, eliminating the hassles of going out in the streets and having to get a taxi to get back to your hotel. Some Korean plastic surgery clinics even have their own lodging and amenities with hotel standards. Other clinics have one-stop services where patients are shuttled from the airport directly to the clinics for speed and convenience. Most of these services have multilingual staff that cater specifically to foreigners, to lower the language barriers and make them feel comfortable.

Indeed, medical tourism in Korea has become a lucrative national industry in the country and it looks as though it has no plans on waning. Hundreds of the plastic surgeons are board-certified, which will ensure customers of the best, safest, and most effective procedures at highly competitive prices. And these are what makes South Korea the plastic surgery mecca of the world.