Korean Plastic Surgery and Gangnam Style: A Look Into the Raging Trends of Today 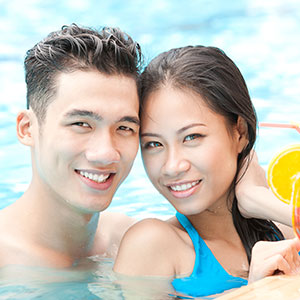 They’re usually tall and thin with chiselled faces and not a hair out of place; they are your 21st century K-pop idols. This is in stark contrast to how things were before. Way back before the rising popularity of Korean plastic surgery and Gangnam style, Koreans  led a more traditional, Confucianism way of life; you were supposed to honor what your parents had given you, that is, your natural body. These days, nips and tucks are so heavily promoted in advertisements and society at large that they really are no longer a taboo, at least in South Korea. How did this all come about? It’s no secret: understanding contemporary South Korea through K-pop is the key here.

Perhaps talent, a good work ethic and hard work is of greater importance than your image, but which does society and the workplace value more? In Korea, image is everything. It can make or break a job interview and a career. More and more Asian countries, especially image-driven ones, are also becoming more tolerant and accepting of this supposedly luxurious pursuit, as it is no longer stands as a luxury but perhaps a necessity for competing and thriving in society.

Taking a look at current plastic surgery statistics will reveal just how popular Korean plastic surgery is, with both the locals and global audience. According to the figures, South Korea has the most number of plastic surgery procedures done in the world. Everything from less invasive face and skin treatments, onto the popularly requested double eyelid surgery and finally, more extreme make overs.

Once one of the least developed areas in Seoul, Gangnam has come a long way now. It is now not only an affluent district with a song about itself, “Gangnam Style” that has acclaimed world-wide recognition, but situated and densely packed in this metropolis are 500 cosmetic surgery clinics. But does Gangnam offer the best plastic surgery? We can’t say for sure, but it is a fact that it houses the most number of clinics in all of South Korea. Chances are, you’ll find a reputable and experienced surgeon in a decent clinic right here. Not all of its traditional and cultural aspects has morphed with the times, however, with many sweet sights to see, from ancient palaces, to temples and majestic mountains to climb.