On The Magic of Plastic Surgery in Korea, Only Kidding – In Other News, New York Teens Are Getting Free Surgery! 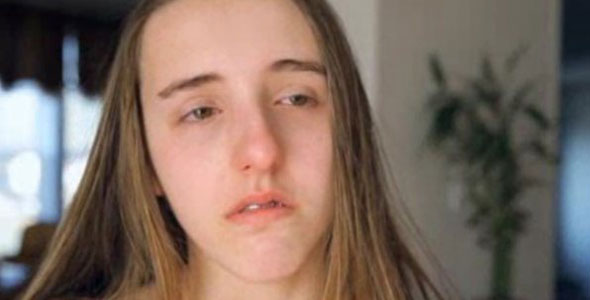 Yes, now that I've got your attention: this article is not about the magic of plastic surgery in Korea. "Magic". There is enough sensationalism on that around the web. Many articles talk about the horrors and unhealthy cosmetic surgery obsessions -- backlashes against Asians – this is not another one of them! These sorts of “Korean woman ruins natural beauty through extensive surgery”, or “Asians obsessed with plastic surgery” articles really do get old -- don't you think?

As it is with plastic surgery news, there is two of its kind: (a) Sensationalized news or (b) humane news. Today, we’re talking about the second kind.

It is a fact that cosmetic surgery is not just for the vain; it also helps people who were born with facial or bodily deformities. This is exactly what is happening right now, bullied teens gets free cosmetic surgery from New York, thanks to a non-profit by the name of ‘Little Baby Face Foundation’. A better way to put it, as Little Baby Face Foundation have claimed, is that they are providing surgery to correct birth defects, rather than “cosmetic” surgery.

One of these teens or children, who applied to the Little Baby Face Foundation, is Renata, a fifteen year old homeschooler who could no longer take the cruel comments from her former classmates. See the picture above? That's her. She was diagnosed with hemi-facial microsomia which left her with an undeveloped face, as well as a nose that leaned towards the left.

“Parents correct kids’ teeth with braces to make their teeth straighter,” Renata’s mother said, “They’re still the same kid on the inside, but, unfortunately, people are judged on how they look.” Next to cleft lip, hemi-facial microsomia is the second most common facial birth defect. As many as 1 in 5000 newborns in the United States are afflicted with this condition.

Renata’s mother is right here. When it comes to understanding facial cosmetic surgery – the reasons why anyone would want it are pretty simple: It is very common that we associate all kinds of ideas about someone we just meet, just by what they wear, their possessions and mannerisms – most cruel of all; we judge what they did not choose at birth, their faces. Perhaps it isn’t so surprising then that Korean eye surgery is so common in Asia. Media figures like Julie Chen had once admitted that she had gotten her eyes done, in order to fit in with the Western culture – she was afraid of being judged for her natural, ethnic eyes. In fifteen year old Renata’s case, she also doesn’t like to be judged. No one does.

Disclaimer: (The picture above was derived from the blogosphere and are not associated with Seoul TouchUp).