On the Road to Beauty: Korean Plastic Surgeon 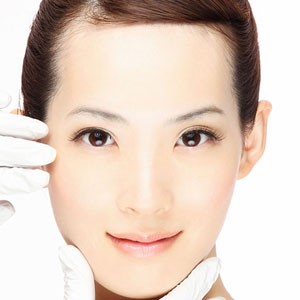 In the long stretch of downtown Seoul is the very famous Gangnam District. The home of many affluent South Korean residents, luxury shops, 5-star hotels and of course, the one-stop zone for all things beauty--the clinics of many Korean plastic surgeons.

Compared to Brazil and the United States where women go under the knife to become sexier, South Koreans want to achieve the look of innocence--big round eyes, pointy button noses, and small chins. Double eyelid surgery, rhinoplasty, facelift(often be done with forehead lift or nose reshaping) and jaw reduction surgeries are the most popular procedures being requested by many patients. Though the procedures take weeks to heal and they're painful, it provides patients with comfort and satisfaction, knowing that in a few week's time, they will have a new and better appearance.

Many of these procedures are done everyday in Korean plastic surgery clinic that abound in the Gangnam District or also known as the Beauty Belt. It's so common to see both men and women go shopping around the stores with bandages on their noses or chins. Around 500 cosmetic plastic surgery clinics are established in the area and the competition is so fierce that prices of procedures are much cheaper in Korea compared to other countries. Medical tourism has boomed in the country, and most of these tourists come for the cutting edge facilities, technologies, and top of the notch Korean plastic surgeons.

Though only about a hundred of these doctors are board-certified plastic surgeons, others are medical doctors from different fields. It is legal in Korea for doctors of different specialties to switch to the lucrative field. Most of these doctors are members of the Korean Society for Aesthetic Plastic Surgery-a professional organization of plastic surgeons certified by the Korean Board of Plastic Surgery.

With luxury hotels in the area, many of these establishments even offer in-house clinics where you can have your surgeries done, then you can head straight up to your hotel room to recover. Multilingual staff are also offered by many clinics, to break the language barrier and make you feel more at home.

The cultural phenomenon of the Korean Wave has not only taken the country by storm but also the world. If you go to Asian countries, you will mostly likely see an abundance of Korean films and dramas on television and K-pop songs on the radio. Since these Korean stars have flawless skin, Korean citizens have been perceived to be beautiful and most of them attest to having their faces fixed. This has helped drive Korean plastic surgery to thrive in the country where a lot of medical tourists are from neighboring Asian countries like China and Malaysia, men and women who want to look like K-pop stars they see on TV.

It's not only the patients who have been bitten by the Korean Wave bug. Even medical students look to specialize in one of the most coveted professions in the country. Being a Korean plastic surgeon has become one of the most aspired careers for the eager minds of young Koreans.