Plastic Surgery Asia News: Man Who Sued Wife Over ‘Ugly Baby’ Story May be a Hoax 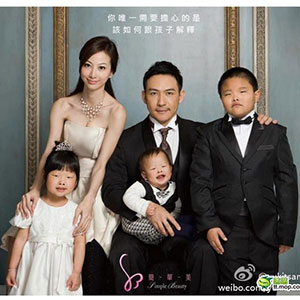 Today, we bring you more bizarre Plastic Surgery Asia news. Is that a “Yay!” that I hear?

Recently, there has been a story circulating around the blogosphere, claiming that a man in China had sued his wife for being ugly – he had then won $120,000. We’ve also mentioned the story in one of our newest blog posts, titled, “Cosmetic Surgery Korea Gone Bizarre: Chinese Man Sues Wife For Being Ugly, Wins $120,000”.

In short, the story goes like this: He had sued her on grounds of deceit – for not telling him that she had plastic surgery, before they had even met. Their child looked “incredibly ugly” to him and that was when he had suspected her of having an affair. Later, a DNA test confirmed that the child was his. That’s when she confessed to having done extensive cosmetic surgery in Korea, which greatly angered him. But, wait! Is it really true? Did all this really happen?

Apparently, the story may have first appeared in China’s Heilongjiang Morning Post, a publication with a shoddy reputation for posting false, unverified information. Furthermore, according to a post by RocketNews24, titled ‘Thinking about plastic surgery? This ad may make you laugh – or it could make you think twice!’ the family portrait with the three kids may have actually originated from an ad in Taiwan. This blog post from RocketNews24 was from over a year ago.

Besides, if you think about it, doesn’t China have only but a one-child policy? How do these folks have three kids -- unless they were filthy stinking rich! If this story was true then all I can say is, oh my. With or without having done double eyelid surgery, a child shouldn't be called ugly by their own parent and it is especially not something to be publicized.

It is still debatable whether it is a true story or not; it is simply bizarre and mysterious. Do you know that saying? “Fool me once – shame on you! Fool me twice, shame on me!” Third time’s a charm? I think not; you would think he would have already done something a lot earlier – when they had their first “ugly” child – than to have waited until their third “ugly” child.
Disclaimer: (The picture above was derived from the blogosphere and not associated with Seoul TouchUp)