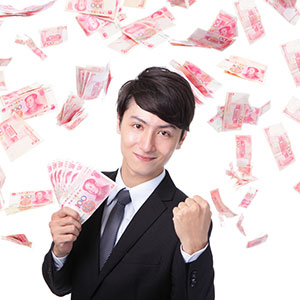 There have been numerous studies that have shown prejudice at the workplace. Promotions and job offerings that are based solely on someone’s appearance is a reality that is a bit hard to swallow.

But it's true, especially in South Korea. The Korea Herald has reported an earlier study where 44% of male college students in Korea were considering to get some form of cosmetic surgery done. These days, it is common for men to embrace what is commonly seen as “vain” and “feminine” pursuits – enhancing their looks through beauty products or cosmetic surgery.

Just How Many Men Are Getting Plastic Surgery Done?

In fact, The Korean Association for Plastic Surgeons estimated that the number of Korean men who had cosmetic surgery had amounted to 15% in 2010. Furthermore, plastic surgery statistics in Korea show that it's not just South Korean men, but men from all over the world who are visiting the cosmetic surgery capital of the world.

Still, even with some of the best plastic surgeons in Korea, there have been mishaps – you might have heard of all these failed procedures in the news, especially regarding ‘extreme’ forms of surgery such as V-line surgery. It’s a no brainer why patients with severe under bites and over bites would consider corrective jaw surgery. But what would all these people with fairly normal jawlines, want from a jaw-shaping procedure? The reason why Asian jaw plastic surgery is so popular could very likely be due to the fact that we, humans are naturally drawn to neotenous features.

It's Not About Looking 'White'

Neotenous features are what you would call baby-like: big, round eyes, a small chin and smooth skin. Even with some of the best plastic surgeons in Korea, getting the wrong work done on your face can backfire your plans. There are some things that are immutable, and this is one of them. Naturally, we have an instinct to nurture and protect babies, and this is why women with neotenous features are seen as attractive by men and women.

Funny enough, onlookers usually say that Asians want to look white, that’s why they get surgery done. But how true is that? Could it be, that double eyelid surgery gives the appearance of large, round eyes? Similar to a baby’s eyes? You know, neotenous features that everyone, both men and women are attracted to?