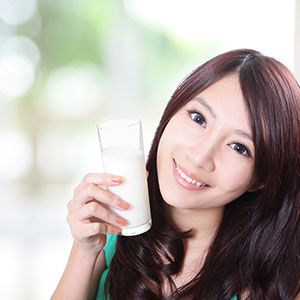 So you want to get a nose job, eh? Then go on and book a flight to USA. You can also head on to Greece and Italy if you want to. Oh, Brazil and Colombia would also be a great choice! But if you are looking for the country which has the largest number of plastic surgery centers,then South Korea is definitely the place to be. In fact, study shows that 20% of the female population living in Seoul have undergone different kinds of plastic surgery such as double eyelid, liposuction and nose jobs among others.  No wonder South Korea is considered to be one of the plastic surgery capitals of the world. Not only that, the trend with this kind of medical procedure in today’s era has also encouraged Korean men to undergo plastic surgery. Yes, even men. According to Korean Association for Plastic Surgeons, it has been found out that the percentage of men who had undergone plastic surgery has increased by 15% in 2010. So if you are looking for the experts in terms of nose jobs, Korean Nose Plastic Surgery, is perfect for you!

Korean Plastic Surgery, also known as rhinoplasty is a very common medical procedure that both men and women consider nowadays. There are a lot of reasons why and it would be very hard to determine all of it as each individual has his or her personal reason. However, in general, here are some of the reasons why they go crazy over it.

It’s not unusual that physical appearance has a massive impact in an individual’s life. Let’s face it, it adds a great factor in various ways say for example when looking for a job, when making friends  and most especially when dating someone. No wonder both men and women invest their time, effort and money to enhance their appearance with the help of Korea cosmetic surgery like double eyelid surgery, liposuction and Korean Nose Plastic Surgery among  others. With the help of such surgeries, men and women are able to gain a boost of confidence and are able to conquer their fears of showing the world who they really are.

Another factor why Korean nose plastic surgery are so popular nowadays is because of the successful boom of KPOP celebrities. With the huge transformation that famous celebrities like Kim Hyun-joong of SS501 and Miss Korea 2012 Kim Yu-mi had undergone, both ordinary men and women are influenced to do the same thing and follow the steps of their favorite celebrities hoping that they too, could be like them.

Aside from being influenced by famous celebrities, men and women strive to go for a Korean Nose Plastic Surgery for many other reasons. However, before getting one, see to it that the type of nose you want to have would be proportioned to the overall structure of your face. This would include its shape, your eyes and the location of your mouth among others. Remember, nose is the central area of your face so you would not want to destruct the balance and proportion of it, would you?