How to Prevent Permanent Scarring in Korean Breast Enhancement 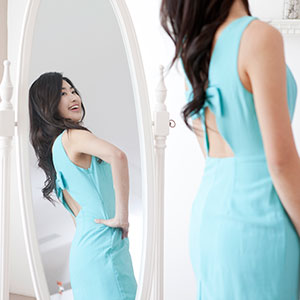 With rapid technological advancements and economic development, Southeast Asian developed nations such as Singapore and Malaysia, to name a few, have seen a surge in demand for cosmetic surgery. One may think that a procedure such as Korean breast enhancement is still taboo to the culture. But, this is no longer true; it is becoming one of the most popular in the world. For instance, the American Society of Plastic Surgeons has stated a 55% increase from 2000 to 2006 in the United States.

Typically, the scarring that comes from Asian breast augmentation heals very well. Nonetheless, certain precautions should be undertaken to ensure a full and speedy recovery.

1. Prevention from the very beginning – by choosing the location for the incision such as under the breast, this will decrease visibility of the scarring.

2.  Keeping the incision taped for the first three weeks will lessen the tension off of the scar.

3. Apply a scar gel or cream such as ScarFade or ScarGuard

4. When sunbathing, be sure to slab on some sunscreen to prevent hyperpigmentation.

5. A scar revision may be necessary if a scar has widened, but generally, scarring improves over the course of 3 to 6 months.

It must be said, however, that there is a slight disadvantage for breast augmentation aka Augmentation Mammoplasty in Asian Women. There is a tendency for hypertrophic scars to form as the scar becomes temporarily hyper pigmented as does surrounding skin for a period of time. Hence, back to point 1 -- the location of incision should be taken into huge account.

That aside, having plastic surgery in Korea can be of a slight advantage to Asian women looking to get Asian breast augmentation. Why?

Because of how the bodies are build; in general, Asian women are short and slim, with a low BMI compared to Westerners. Usually sporting small areolas and large nipples, the majority of Asian women have B-sized cups.

The demand for breast augmentation in Asians is not as high as that of Westerners; by going under the knife with a surgeon from America that is not well-experienced with the Asian build -- this may cause some complications during and after surgery. For more information, be sure to check out what the experts recommend for Asian breast augmentation.