Seoul TouchUp and SM*SH at Karnival Wisata 2012 in Indonesia 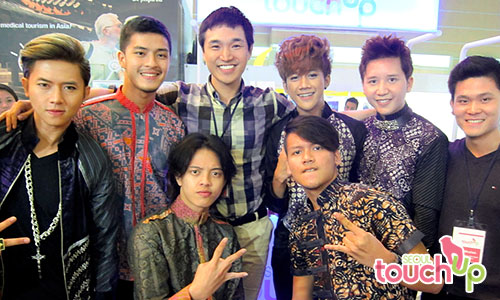 Present at the 2012 Karnival Wisata was the Indonesian boyband, SM*SH and the photograph above is of Seoul TouchUp at the Karnival Wisata 2012 in Indonesia – having been fortunate enough to have met with SM*SH. Also known as “Seven Men as Seven Heroes” and having won eight awards, two of which were from the 2011 Indonesia Kids Choice Awards, SM*SH brings about a positive spirit through their dance-oriented music - inspiring youth in their culture as well as around the world.

This was in Jakarta, back in October 2012 when Seoul TouchUp was chosen by the Korean Tourism Organization to represent Medical Tourism in Korea at the Karnival Wisata.