Seoul TouchUp at the Imperial Hotel in Thailand 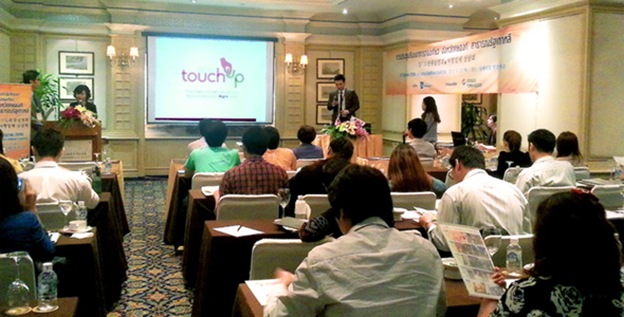 Seoul TouchUp was chosen by the Korea Gyeonggi Province Tourism Association to present a seminar at the Imperial Hotel in Bangkok, Thailand. On 27th June 2013, fifty major travel agencies in Thailand were present at the seminar where Seoul TouchUp represented Korean Medical Tourism.

With the rise of the Korean Wave in the mid-2000s, medical tourism has reached an all-time high in 2011 with an income of $116 million. Seoul TouchUp has a reputation for providing plastic surgery enthusiasts around the world with access to experienced and board-certified plastic surgeons. Now, Seoul TouchUp continues to expand its services, highlighting Korean Plastic Surgery’s best practices to places in Asia such as Thailand and beyond.