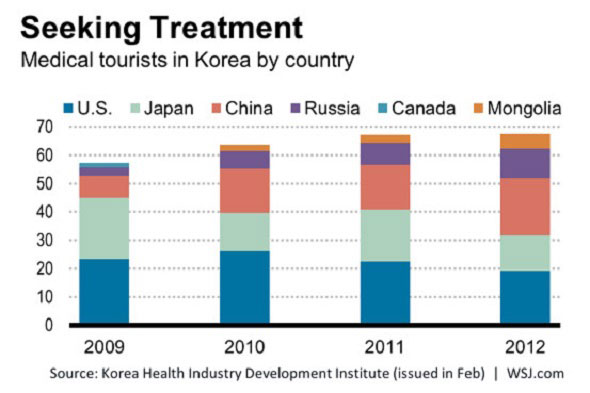 The growing middle class in China as well as Japanese, who are looking for a bang for their buck, had flocked to South Korea. Reading a short introduction to South Korea medical tourism will tell you that the beauty standard in Korea is growing on others in neighboring Asian countries as well as beyond, where popular requests include double eyelid surgery amongst other such procedures.

A few decades ago, South Korea’s affluent Gangnam district was one of the least developed areas. This is in stark contrast to what it is now -- one of Asia’s hottest destinations for cosmetic surgery and beauty purposes.

In 2010, Korean plastic surgery statistics show that a total of 80,000 tourists had entered South Korea for medical purposes.

Furthermore, according to a report by The Korea Health Industry Development Institute (KHID), South Korea’s cosmetic surgery industry tops the charts amongst all other medical services; the number of foreign tourists soared from 2,851 in 2009 to 15,898 in 2012. With an annual growth rate of 77.3%, it is estimated that by 2020, a whopping 1,000,000 patients will enter South Korea for medical services – as stated by the report.