A Twitch streamer gets plastic surgery in Korea through Seoul TouchUp.

IzzyG just had plastic surgery in Korea through Seoul TouchUp and filmed her good reviews!

Izzy already had a nose job in the USA, but she was very unpleased with the result because her nose tip was still droopy and long. She knew that there are many reputable plastic surgery clinics in Korea and was looking to visit Korea for revision. But she had no idea where to go since all she could is to search clinics merely through online; she is not familiar with Korea. As scanning all clinic information, she contacted us, Seoul Touchup through the official website by filling out our “Get Started” form.  She wanted to get rhinoplasty, and Seoul Touchup team recommended Banobagi clinic for her as they have experienced and skilled doctors for her case, and planned out her tour in Korea.

Izzy G, also known as Pink Sparkles, is a popular live streamer on Twitch with over 700,000 followers. She also has over 160,000 followers on her Instagram account.

Izzy arrived in Korea at around the noon. She seemed to be happy and relieved when she saw Seoul Touchup team waiting for her at the airport. The weather was very nice when she arrived. We went right away to the clinic for consultation of her surgery as scheduled!

Seoul Touchup provides full package service, which includes schedule arrangement, airport pickup/drop-off, transportation for any clinic visit, accommodation (4-star hotels), breakfast, groceries and after-care services. Because of our services, she could enjoy flawless and convenient time in Korea. All she needed to do was to buy her flight ticket.

What Seoul Touchup does for her at clinic for plastic surgery

Izzy visited Banobagi clinic for consultation. After she had preparation for consultation, she met a doctor who is specialized in rhinoplasty. She told the doctor that she wanted to have her nose tip lifted and a bit shortened. She was very happy with the consultation because the doctor clearly understood what her concern was and his explanation was quite understandable.

Seoul Touchup guarantees the lowest prices with their partnered clinics. Seoul Touchup offers partnership price for their customers, which is lower than quotation that people would get from clinics as an individual.

After Izzy’s first consultation with the doctor at the clinic, Seoul Touchup Tour team took her to Gyeongbokgung Palace, an iconic palace in Korean history. The palace was in Seoul and took about 40 minutes’ drive. Before entering the palace, Izzy rented and put on Hanbok, a traditional Korean dress. She really liked her experience of going around the palace in Hanbok. It was a very special and new experience for her, and took many photos of herself in Hanbok to keep her memories. We looked around the palace area for about 2 hours.

Seoul Touchup Tour team also took Izzy on tour to Namsan Park, a symbolic park on a mountain at the center of Seoul. We took a cable car to the top of the mountain. Even though the day was quite cold, the sky was clear enough for her to enjoy the view of the whole landscape of Seoul city. Izzy really liked the view of the Seoul city and took photos and videos.

This is the end of part 1 of Izzy’s journey with Seoul Touchup. Please look forward to part 2 of her journey, which will be uploaded soon!

What to Know about Nostril Reduction Surgery 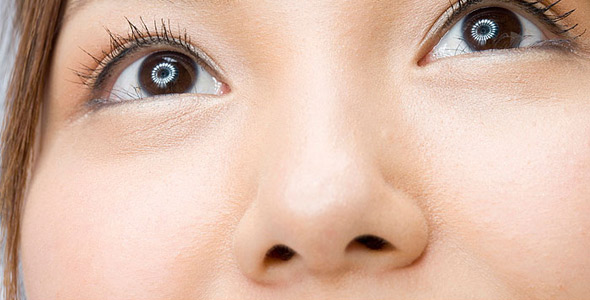 What is nostril reduction surgery?

Alar Base reduction, also known as Nostril reduction surgery, is a form of Nasal Reshaping (Rhinoplasty); a “nose job” to reduce the appearance of unsightly wide, flaring nostrils. However, keep in mind that there will always be the appearance of some flaring when smiling.
In most cases, if the base of the nose is wider than the distance between the inside corners of the eyes – then base of the nose is too wide. One might want to consider Alar Base reduction surgery to improve balance and harmony between facial features.

Before and After nostril reduction surgery

Is nostril reduction surgery for you?

The advantages of having nostril reduction for Asians has perhaps not been as explicitly stated or hyped over as double eyelid surgery – still, it harmonizes one’s facial features and the resulting balance is aesthetically pleasing.
Korean plastic surgery is said to be renowned and reputable for cosmetic surgery, as well as its plentiful of good-looking celebrities. Perhaps your wide nostrils have always been a bother to you, but you have doubts as to whether or not it makes you a fraud. All I could say is that, perhaps the people who have and still pursue these procedures, believe that “Beauty is not defined but created.” It is certainly for you, if you hold onto the same belief.

Did you realize that our daily morning regimen covers staring at a mirror more than twice? From the time you wake up, you walk towards a mirror and gaze at your just-out-of-bed look. You then head to the bathroom, take a bath, and return to your room, staring again at your image while combing your hair. Afterwards, you eat your breakfast; then brush your teeth while watching your carbon copy on the mirror hanging over the sink. You then dress up and put on some last-minute touch-ups on your face, all ready to go to school or work. But wait! You can’t miss eyeing the mirror for the last time just before you head out of your house. Some may actually do the “staring-at-the mirror” ritual more than this.

My point here is that, humans as we are, we can never get away from the aspect of beauty and looking good. It is an essential component of our daily living. A lot of things can revolve around looking beautiful. The way others see and treat us can depend on how we look. Our mood can also change with the way we look. Looking amazing can help trigger the release of happy hormones, thus exuding a happy vibe.

How do Asians perceive beauty?

Just like any person, Asians love to be beautiful and they also have certain standards in looking beautiful. It is easy to distinguish Asians from other societies, as they have facial features unique only for them. This means that they also have to employ specific techniques to achieve the look they desire. One of these techniques has to do with the nose. Most Asians have under-projected noses, and their nostrils are usually wide and flared. They usually have a very short bridge, rounded tip, and wide septum. Since most critics would say that the ideal type of nose is one that is concave or upturned, many Asians have resorted to rhinoplasty to achieve their dream faces.

What are the purposes of getting a nose job?

The process of nose job doesn’t limit one to manipulating the nasal length. A variety of techniques can also be done to further enhance it, such as reshaping the tip of the nose. This can now help regain the charm lost by those faces that have big nostrils. Ultimately, a nose job can be both for functional and aesthetic purposes, but to most Asians, the latter sounds more alluring and appropriate. Not all Asians dread their flat noses; some may just want to find ways to better improve the way they look. A perfectly done Asian nose surgery might just be what they need and want.

Where can I fly to have my nose done?

All thanks to medical tourism, now plastic surgery is made accessible globally. The perks of medical travel entice anyone, with its promise of a new and better them. There are different things one should know about Medical Tourism in Asia: one of which is the idea that Asia is the cream of the crop when it comes to cosmetic procedures. Specifically, South Korea is its premier bet when it comes to plastic surgeries. Beauty is now within reach to almost anyone Asian, thanks to the brilliant minds and skills of Korean surgeons.