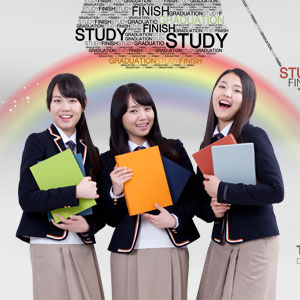 You think you only had to get your parents’ go signal to get Asian nose job?

While some Asian countries and their western counterparts are embracing the beauty of cosmetic surgery, in Taiwan, the government is forbidding local teens from getting an Asian nose job and other cosmetic surgery procedures that are deemed “unnecessary.”

An official from the country’s Ministry of Health and Welfare was quoted in the China Post’s article, “MHW officially bans minors from going under the knife,” as saying the executive order is based on advice from medical experts and aims to protect minors.

Those under 18 are considered to be not yet fully developed and as a result, the Ministry of Health and Welfare has advised doctors against conducting any invasive procedures on minors.

Aside from rhinoplasty, officials said among the banned cosmetic surgery procedures also include liposuction, Asian breast augmentation, double eyelid surgery and bone reduction. According to the health ministry, any doctor who is found guilty of performing invasive plastic surgery procedures to under-18s can receive a maximum fine of US $7,000 for each procedure performed.

However, the report did say that for botox and other micro-cosmetic surgeries, these can still be performed for under-18s. In addition, minors can also undergo treatments for bad body odor, and for scars, as long as it's necessary and the patient has permission from his or her guardian.

“If some people really want to undergo any plastic surgery, they should wait until they are 18 years old,” Lee said.

Every year, at least 800 people under 20 years of age undergo cosmetic surgery every year. Among them, only 5 percent undergo invasive surgeries. This is according to the MHW.

The decision to get plastic surgery is always a personal choice, and each one has a different reason for going under the knife. It has been proven that there is merit to undergoing cosmetic surgery. For instance, the importance of ptosis eye correction surgery to Asians is warranted, and it has a laundry list of benefits that makes it a popular choice among men and women.

But as with any other aspect of their lives, teens need to be guided when making their decisions, because for one, it could be that the patient is only pushed by friends to undergo cosmetic surgery just because it’s a popular trend.

What is your stand on this? Should teens readily be allowed to undergo invasive procedures, or should they wait – you know, like waiting for the legal age to drink or drive – before making the decision?