The Price of Plastic Surgery in Korea For Women 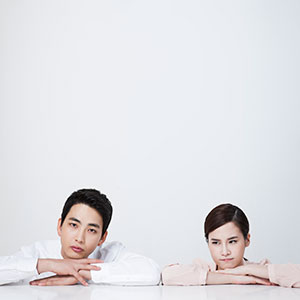 Where a poster movement expands to gender discrimination and where all beauty pageant contestants were accused of getting extensive plastic surgery (in reality, they looked alike in the pictures because of photoshop and not surgery), South Korea can be said to be one of the most aggressively competitive and image-conscious societies in modern times. Not just the men, but the young women have a very competitive streak as well.

For men, a whooping 93.3 percent in their 30’s are employed. What about the young men in their twenties? Well, this is where it gets interesting: 62.9 percent of women in their 20’s are actively seeking or are employed, while the number is 62.6 percent for men in their 20’s. This is amazing because the women have slightly surpassed the men here – compared to the middle-aged folks, these women are raging with ambition!

The poster movement  women are forced to prove to society that they are not “kimchi women”. This is a derogatory term for a woman who is financially dependent on a man and wastes her days away with making herself pretty.

Both the employed and unemployed could be seen as “kimchi women”; the unemployed woman has no choice but to be financially dependent on a man, whereas an employed, image-conscious woman could still be seen as a “kimchi women” – if she earns less than a man.

Why Would Korean Women Still Get Surgery?

Put yourself in the shoes of a young Korean woman; are cosmetic procedures a sensible investment? Even if you’re not a Korean woman, we would say that it could still be a sensible decision. See, the 20 minute double eyelid surgery is still trending with both Asian men and women; double lidded eyes is culturally perceived to be beautiful on both genders.

As the common saying goes,

“In order for you to insult me, I would first have to value your opinion.”

If you’re someone who is considering surgery, at some point, someone is going to tell you not to do it. Someone is going to say that you’re an idiot. This doesn't just have to be about surgery, it could be about your career choices or a relationship. A mentally strong person knows that they are in control of their destiny, where the consequences and responsibilities fall on them -- so, they wouldn't care what anyone else had to say!

This is why there are still Korean women who decide to undergo the knife, because they do it for themselves and not to please anyone else. To conclude, we think that with the right mindset, Korean women can keep their dignity and the price of plastic surgery in Korea is simply money and nothing else.