A Third of Youth in Singapore Say OK to Plastic Surgery 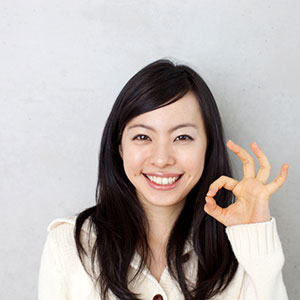 As Korean entertainment and media gained world-wide popularity over the years, Gangnam plastic surgery followed suit in that direction. Lately, there’s been news that North Korea has been modernizing their services at restaurants, even offering free cosmetic surgery to its waitresses.
According to statistics by the Korea Health Industry Development Institute in 2012, more Chinese than Americans enter the country for beauty purposes, and a contemporary study by the Singapore Medical Journal has found that a third of Singaporean youth say plastic surgery is okay to get done at their age.

In 2014, one in three youth in Singapore think it is perfectly alright to get cosmetic surgery done at their age. For every 1,400 surveyed, 14 had admitted having undergone treatments and procedures already.

The Straits Times reports, “Only 1 per cent said they have had cosmetic procedures done, mainly to the face, but the team implied that the figure could be higher.” They conclude that a major limitation to the study is how honest responders were towards it.

What’s shocking is the lack of awareness on the risks involved. “Among JC students, 52 per cent were not aware of any risks while 36 per cent of medical students too thought cosmetic procedure were harmless.”

What’s more, Dr Ng Jia Hui of Singapore General Hospital and her team said: “It is even more alarming that a large number of JC students who claimed to be aware of the risks associated with cosmetic procedures listed three risks which were incorrect."
"In general, I would not recommend cosmetic treatment for the young," she said.
Fortunately, minors wishing to undergo treatments must have their parents sign a consent form, and it is the duty of doctors to inform patients and their families about the vey real risks involved here.