Why Is Everyone Talking About Korean Actress Plastic Surgery? 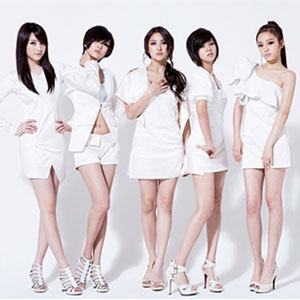 Korea is experiencing an international tourism boom because of plastic surgery. More and more foreign patients are flooding in the country looking for clinics that offer Korean actress plastic surgery. They all want to achieve the doll-like feature so many Korean girls have after going under the knife. Plastic surgery has become a norm in the country and about one in five women have had a procedure or two. This does not mean that men are out of the picture. Male plastic surgery patients make up about thirty percent of the market in Korea. A lot of individuals are willing to undergo a procedure or two just to look like their favorite Korean actor or actress.

Why is it so popular?

The reason why getting plastic surgery to look like a Korean actress is so popular is because of the high level of domestic surgeries. Patients get to experience exceptional service and hotel-like hospital stays. Korea is now known as the mecca for plastic surgery with highly qualified and experienced doctors, beautiful and pristine clinics as well as top-notch technology. Patients can benefit from travel plans that revolve around their treatments and procedures. This makes it more convenient for patients and allows ample time for recovery.

The types of procedures that can be done are according to the patients needs and desires. When it comes to Korean stars plastic surgery, anything can be achieved. Many Korean actresses have beautiful wide eyes, pointed noses, chiseled chins and high cheekbones. This look is popular among Asians and is possible through simple procedures, depending on the patient. The surgery can involve different stages, if the patients wishes to have more than one treatment done. The most popular is breast augmentation, double-eyelid surgery, rhinoplasty and jaw reconstruction. Body contouring and liposuction procedures are also popular among patients who wish to look like their favorite Korean actress.

During 2009, Seoul opened its doors to foreign patients who wished to go under the knife. Many tourists acknowledge that Korea is one of the best places to go if they wanted to undergo plastic surgery. The international success of K-Pop, K-Movies and K-Drama has changed what the world thinks of Korea itself. More tourists, whether from around Asia, Europe, America or anywhere in the world, desire to achieve the doll-like features many Korean actresses have. Seoul's "Beauty Belt", which has over 400 plastic surgery clinics, is proof of the high demand of plastic surgery in the country and the professionalism of Korean doctors.

Is Korean actress plastic surgery for you?

Deciding to undergo plastic surgery is a personal choice that should be done if the patient is ready and comfortable with the idea of altering their image. Improving one's self through Korean plastic surgery is a very tough decision, especially if it involves peer pressure. If the patient believes that she can benefit personally from the surgery, then going under the knife can be a very courageous decision. Korean actress plastic surgery is no cookie-cutter procedure. The results depend on the patient's personal wants and needs.