Woman Gets a Third Breast, Denies it to be a Hoax 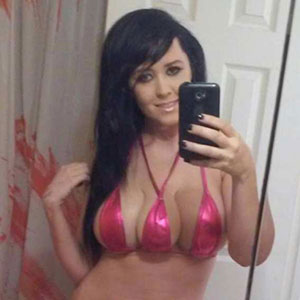 An American woman, Alisha Hessler who also goes by the name of Jasmine Tridevil, has recently been reported to have undergone surgery to create a third breast. A rather unusual request and what others have called plastic surgery taken to the extreme. She had spent an alleged cost of $22,500 and claims to have went to more than 50 plastic surgeons before her request was undertaken.

Critics on the internet have expressed their disbelief. In response, she has denied that the surgery to add a third breast is a hoax. The Sydney Morning Herald reports that she plans to create a documentary involving her difficulties as a woman living with a third breast.

“This is not a fake, I had the procedure done,” she said, “If people don’t believe it, that’s up to them.”

If this is true, then the surgeon has violated ethical principles involving not just surgery, but in medicine as well.
“This is sensationalist and quite frankly horrible.” said Scot Glasberg, the President of the American Society of Plastic Surgeons in response to the MailOnline. He also added that whoever the surgeon was, if tracked down, could have his license to practise taken away.

While some may claim that it is exotic, others gasp in horror, but the fact remains that it could be dangerous with serious consequences in the long-run. Before taking the plunge, understanding the pros and cons of breast implants should be top on your list of things to do before surgery.

The consequences could be disastrous, who knows? Up to date, no one has ever reportedly gotten a third breast from cosmetic surgery, not that we know of.