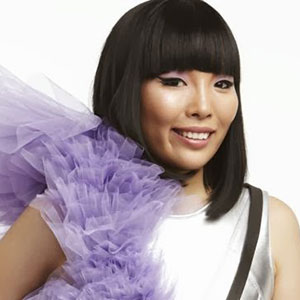 Recently, Australia’s newest pop sensation Dami Im told News Limited, “It’s a challenge” she said. “I definitely want to try to push my limits but I am not sure about going to Korea because I know they like a certain type of artist and a certain look” says the 24 year old singer. Having won X Factor and topped the Aussie charts with her debut single ‘Alive’, right now, she is quite a hit in Australia. But, she does not seem to be a celebrity that would want to get cosmetic surgery in Korea – or any Asian face surgery at all, perhaps.

Dami Im was born in South Korea, but had moved to Queensland, Australia at the age of nine. Although she had moved, she knows about the culture; countless of K-POP stars have done some work on their bodies and faces and for Dami Im, she does not seem to be keen on following suit.

She goes on to mention modern Korea's idea of a beautiful person; one with a smallish face, big eyes with eyelids, almost no cheekbones, and a Hollywood nose. When the singer was little, she had considered carving down her cheekbones, too.

Many Asian people are getting double eyelid surgery and we cannot help but ask the question; the small face obsession: is it just for vanity?

If it is just done for vanity, who cares? “How does that matter?” you may ask. According to Maslow’s Hierarchy of Needs, everyone needs to fulfill 5 types of needs; they are physiological, safety, love/belonging, self-esteem and self-actualization. The problem here is that if inexperienced young people are getting plastic surgery as a means to an end – thinking that they are only worth as much as how perfect they are on the outside; there may be a problem here. In fact, lately, the first Korean-American assemblyman urges to teens to pursue passion. Passion may not be visible on the outside; it may not have to do just with appearances. It makes sense. Plastic surgery mainly gets a bad reputation because there are people who go overboard with the whole thing. In itself, it isn't a bad thing entirely. It is mostly about a person’s attitude towards life, as much as how much of his time and resources he puts into it. In a society where looks matter, like in South Korea, the youth of our time walk a fine line.

Disclaimer: (The picture above was derived from the blogosphere and not associated with Seoul TouchUp)